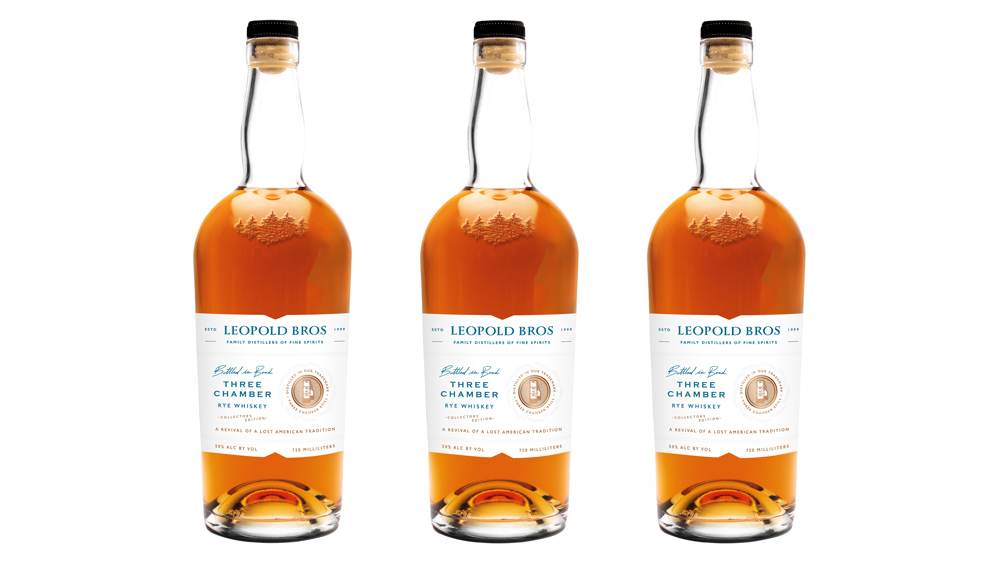 Tasting pre-Prohibition rye is an unforgettable experience. Not just for the history-in-a-glass aspect—although drinking anything made more than a century ago is pretty amazing—but because today’s rye simply doesn’t taste the same. In addition to the characteristic spice, there’s a rich, honey-like sweetness on the palate, as well as delicate floral aromas that are both delicious and revelatory for 21st century whiskey drinkers. But to a whiskey drinker from the time of the Taft administration, this was simply what rye smelled and tasted like. Hardcore whiskey fans of today are willing to chase that quality.

If you want to drink pre-Prohibition rye whiskey—meaning rye created before the Volstead Act outlawed the production and sale of liquor in 1920—you’ve got to hit the auction market or find a high-end retailer of collectible spirits, do your homework to make sure the bottles are actually unopened and authentic, and then be prepared to spend a couple grand for a bottle.

What changed over the last 100 years? And could that flavor be recaptured?

One man has figured it out, without a time machine. Todd Leopold, of the Colorado-based Leopold Bros. distillery, has resurrected the style of pre-Prohibition whiskey with the new Three Chamber Rye. And he did it by going back to the way rye whiskey was produced through the end of World War I, without taking any shortcuts or using any modern technology.

This isn’t Leopold’s first time resurrecting an extinct style of whiskey. In 2011, Leopold Bros. launched its Maryland-Style Rye, a soft, fruity whiskey that had all but disappeared decades before. But Three Chamber Rye took far more work to make. It started with the still—a type which hadn’t been made since the 1910s. Leopold found out about it when he discovered a turn-of-the-20th century document prepared for the Internal Revenue Service, detailing whiskey’s distinguishing characteristics and how it was made by various distilleries. In case you’re wondering why the IRS cared about such matters, it’s because the Bottled-in-Bond Act of 1897 required federal oversight of aspects of whiskey production, to ensure quality and to deter less-than-scrupulous producers.

Almost all the distilleries listed in the document used a three-chamber still. It’s quite different from the pot stills and continuous column stills that are used today—to show people how it works, complete with graphics, Leopold Bros. created the mini-documentary below. It’s not only inefficient, it’s labor-intensive. “With this still, you can’t leave it,” says Leopold. “Something happens every 15 minutes, so the running joke is that I got a Netflix subscription for the morning guy who comes in about 4:00 AM to start it up. And when I show up, he’s like, oh, thank God.”

The biggest problem with the three-chamber still was that, in 2014, not a single one was known to exist. So Leopold convinced his brother, Scott, the cofounder of the distillery, to pony up the money to have Vendome Copper & Brass Works, America’s premier builder of stills, to make one. “We’re not from a wealthy family,” Todd says of the investment. “All of this is what we’d built up over the years. He (Scott) had to have faith that I understood what I was looking at, and that I knew the whiskey was going to be different.”

It’s not just the still that makes Three Chamber Still Rye unique. It’s everything from the type of rye used (Abruzzi rye, which is much lower in starch than modern-day rye but closer to what was being used a century ago); the mashbill (80 percent rye and 20 percent their own floor malt); the barrel proof entry (50 percent ABV, much lower than that of most modern whiskeys), the method of fermentation and so on. But the still was, and is, the crucial piece in the puzzle.

The first batch came off the custom-built still in 2016. According to Leopold, there was no trial-and-error involved. “Just figuring out the operations took about a month, [but] the distillate that came out was always beautiful,” he remembers. “I had to explain to my brother what the distillate was going to be like before we bought the damn thing, but it was everything I said it would taste like. It’s so floral and so fragrant. You get the spiciness in there, it’s absolutely beautiful.” In keeping with reputable post-1897 American whiskeys, Three Chamber Rye is bottled in bond, meaning it was all distilled at the same distillery in one six-month distilling season; aged in a bonded federal warehouse for at least four years; and bottled at exactly 50 percent ABV.

We just happened to have a vintage bottle of Old Overholt on hand, so we did a little compare-and-contrast. The similarities were remarkable, especially considering Leopold wasn’t trying to recreate it. “When I learned about the still,” he says, “I learned it behaves differently, so that’s what I was after. It makes sense that it tastes like pre-Prohibition rye. But what I was trying to do was make something beautiful and delicious. My goal wasn’t replication.” Indeed, it’s easy enough to tell the two whiskeys apart. But key elements, notably the floral aromas and the honeyed sweetness on the palate, are evident in both, and in virtually no other rye currently made.

Leopold’s liquid history lesson is rolling out over the spring and summer, first at the distillery and in Colorado and then in select markets throughout the country. Some regions might have to wait a little longer than others, but in the context of 100 years and change, a month or two seems pretty manageable.