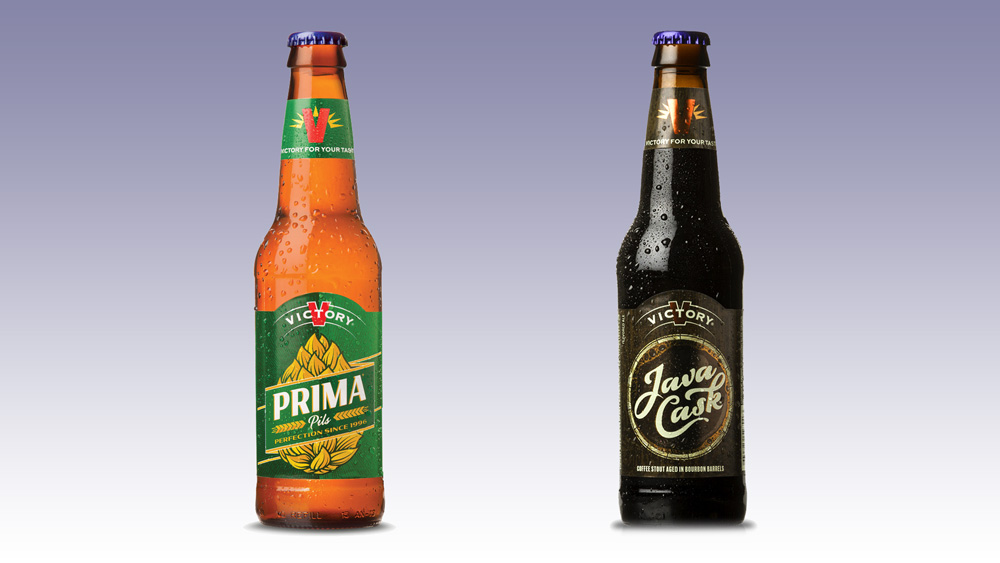 On January 21st, as the final ticking seconds of the NFC Championship game progressively erased all doubt that my beloved, hometown Philadelphia Eagles were indeed headed to the Super Bowl for just the third time in history, I immediately set about making my adopted home in Venice Beach feel as much like the City of Brotherly Love as physically possible. It took a few days.

Philly team banners now cover every available bit of my wall space, inside and out. I changed my ringtone to the theme from Rocky and, for good measure, during the past week I’ve been eating cheesesteaks on an almost hourly basis and, on several occasions late at night, I’ve slowly driven past the home of a New England Patriots sympathizer down the street with “Philadelphia Freedom” on full blast. (Editor’s note: Of course no Patriots fan is stooping to these levels of juvenilia.)

Still, for as warm and Philly as it feels around here, something’s missing. And that something is beer. And not just any beer. Not for an occasion of this magnitude. The beer I want — nay, the beer (and I mean that in the most plural sense) I need — to complete the circle of Super Bowl LII celebration has to be the very best beer the Greater Philadelphia Area has to offer. The type of brewskis all men desire, but few have the ways and means to obtain (unless they are currently in Fishtown).

First on my acquisition list was Java Cask ($15 for a 750 mL bottle), a coffee bourbon stout from the Victory Brewing Company in Downingtown, Penn., just outside Philly. It’s a powerhouse brew — a complex fusion of dark chocolate, roasted barley, and vanilla, rounded out by robust coffee and a warming heat. And at 14.3 percent alcohol by volume, it won’t take much of it to tap into my inner hooligan. (Editor’s note: This is quite accurate, but Dan’s search is misguided. The ideal beer to seek out for Super Bowl LII is Sam Adams Utopias, made in Boston, home to the team that is going to win Sunday’s match up.)

A Google search turned up 20 locations near my home where Victory beer is sold, including a Whole Foods Market just a few blocks away. I hopped on my beach cruiser and pedaled over there faster than you can say, “Tom Brady deflates balls.” (Which, by the way, you can feel free to say because it’s a proven fact.) (Editor’s note: Dan seems to be having some trouble with facts in this part of his story. Perhaps he has already opened that beer?)

Turns out the Whole Foods stocks plenty of Victory beer. But not the one I was after. “The Prima Pils is really good, though,” said the Whole Foods employee I’d incorrectly surmised might know a thing or two about beer. “Have you tried it?”

He might as well have asked if I was aware that the Patriots stole the offensive signals from the Eagles when they played one another in the Super Bowl thirteen years ago. Of course they cheated! I mean, of course I’ve tried the Prima Pils! I’m from Philly, for chrissakes. That’s what we do! We drink beer. All the beer! Which is why I can say in no uncertain terms that the Prima Pils tastes nothing like the Java Cask. They are two separate and distinct entities. That would be like comparing Patriots All-Pro tight end Rob Gronkowski, who seems like the kind of guy you’d like to have a beer with, and former Patriots All-Pro tight end Aaron Hernandez who… well, you know. If you’re wondering if I have a partisan stake in all this, all I have to say is, Go Eagles! (Editor’s note: It’s unfortunate that some football fans have to resort to fiction to justify their team’s losses. Go Gronk! Go Pats!)

I was in a spot. Bereft, verklempt. Un-jawned.

Dock Street and Yards are two of the finest and most popular beers produced in Philadelphia, but neither distributes in the Los Angeles area. Thankfully, Yuengling, America’s oldest brewery, located just outside Philly, is sold in many SoCal locations.

In light of the prevailing winds against my quest, I decided to widen the geographic reach of my search to include Delaware, a suburb of Philadelphia that folks are often surprised to learn is also a state. Delaware is home to the Dogfish Head Brewery, and there’s nary a beer geek in America who is unfamiliar with Dogfish Head’s Oak-Aged Vanilla World Wide Stout ($43 per four-pack). It’s brewed with a lot of barley and aged on oak with vanilla beans. It tastes of roasted malt and crème brulee, with subtle coffee notes as well. This beer weighs in at 17.5 percent alcohol by volume, so look the hell out Patriots fans in my immediate vicinity. (Editor’s note: I’m thinking this is what he’s been drinking while writing this piece. But he should have been having an Allagash, another renown beer from New England.)

Oak-Aged Vanilla World Wide Stout is one of those rare and rumored-about brews that ignites the darkest corners of the beer community. Some say it’s harder to find than a Patriots fan without an attitude. So imagine my surprise to discover the humble BevMo! in Marina Del Rey had it in stock. At least, according to the store’s website they did. But when I arrived at the store, well, that was a different matter.

“Hey, if you’re looking for an exclusive east coast beer aged in wood,” offered my designated sales associate. “I think we can get you into a bottle of Sam Adams Utopias.” (Editor’s note: This sales associate clearly needs a promotion.)

I resisted the urge to go full-Philly and hurl something at the guy’s head, and took a moment to compose myself. Sam Adams, of course, is from Boston, and Utopias is one of the world’s most exclusive (and expensive) beers. Like the Patriots, it’s considered by many to be the best of the best, and as much as I hate to admit it, nothing from Philly even remotely compares.

So rather than buy beer with which to celebrate should the seemingly impossible come to pass this Sunday, I got myself a fancy bottle of bourbon instead.

*Dan’s editor, Janice O’Leary, is a New England Patriots fan and looks forward to toasting her team this Sunday with some hometown brew, be it Bully Boy or Sam Adams.