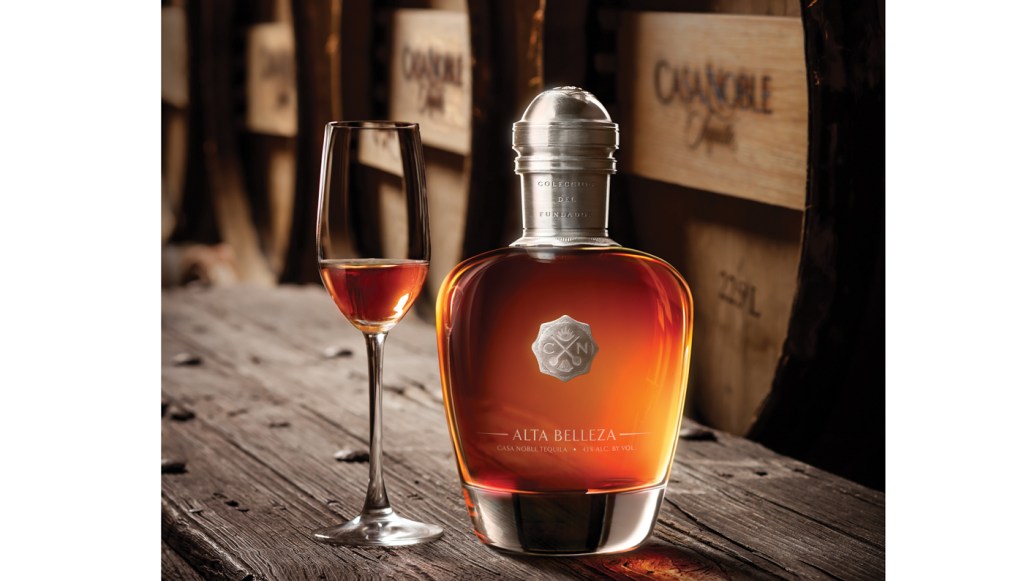 In the world of premium tequilas, extra añejos are the single malts of blue agave. They typically spend about 3 years aging in oak to develop their deep amber hue and mellow finish, inspiring more sipping than blending. But a new, limited-edition tequila from the boutique distillery Casa Noble (casanoble.com) has just turned up the dial on extra añejos with the release of Alta Belleza (Spanish for high beauty). During an additional 6 months’ aging in Cabernet Sauvignon barrels sourced from one of Napa Valley’s most legendary parcels, the To Kalon Vineyard, the spirit is transformed into a coppery-red distillation that hints of cinnamon, green apple, and toasted almond on the palate. Its velvety-smooth finish warms more than it bites.

The tequila begins with blue Weber agaves grown in the high desert of Jalisco, Mexico. The stressed conditions of altitude and heat create more sugars in the piñas, which translates into a better taste profile later on, says founder and maestro tequilero Jose “Pepe” Hermosillo. It is then triple-distilled before being aged for 3 years in French white-oak barrels. Its final 6 months of rest take place in just two of the To Kalon wine barrels, yielding a run of 563 bottles priced at $1,200 apiece. This is the first expression in Casa Noble’s new founder’s collection, Colec­ción del Fundador, which will release a new limited-edition tequila each year—a noble endeavor indeed.