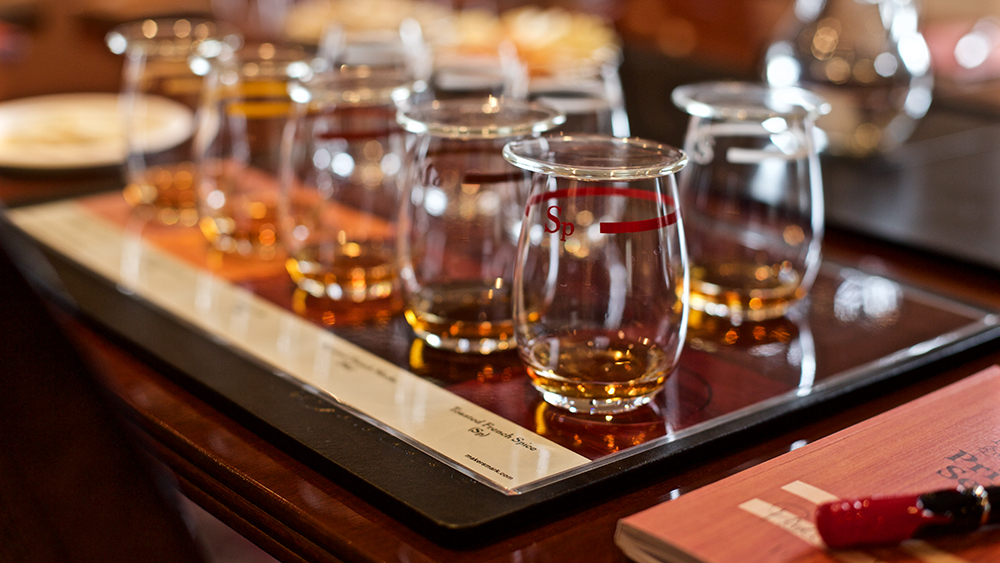 In the 25 years that I have made a professional study of alcohol, I’ve toured countless distilleries the world over. Along the way, I’ve tasted my fill of fine spirits, made countless connections and forged enduring friendships with distillers and brand owners alike. But you know what’s never happened as a result of all those distillery visits? Nobody’s ever offered to let me create and keep my own barrel-full of whiskey. You neither, huh?

Ah, to be the billionaire owner of a professional sports team!

Tom Ricketts is the chairman of Major League Baseball’s Chicago Cubs franchise, and a devotee of Maker’s Mark bourbon. So much so that he and the team partnered with the brand on a new ultra-premium watering hole located inside the hallowed confines of Wrigley Field, according to Eater Chicago. As a way of saying thanks for the homerun sponsorship opportunity, Maker’s Mark’s chief distillery officer Rob Samuels invited the Cubs owner to Loretto, Ky., where Ricketts got to play master distiller for a day. The result: a Ricketts-tested/Ricketts-approved single barrel that yielded 240 bottles of 109.8 proof premium whiskey, of all which was allocated to the Maker’s Mark Barrel Room at Wrigley, to be enjoyed by connoisseurs of both baseball and bourbon.

The whiskey has been rather dully dubbed Chicago Cubs Reserve, which smacks of a missed opportunity. Seems they could have gone with something that pays tribute to Cubs’ legends of yore like, say, Ryne Sand Bourbon, Sammy Sosa Sauce or Make Mine a Double (an ode to “Mr. Cub” himself, the late Ernie Banks). Hell, if Ricketts really wanted to give the Chicago faithful a reason to pound whiskey, he should have called it Bartman Bourbon: Kerry Wood Finish.

I’ve not been to the Maker’s Mark Barrel Room at Wrigley or tasted the cigar-smoked Manhattan they make there with the signature bourbon. However, tasting notes provided by the Maker’s PR team indicate the whiskey offers “a big crescendo of wood blending perfectly with deep, complex and rich notes of vanilla and caramel,” which jibes with my notes about publicists always knowing which side their bread is buttered on.

Here’s hoping Ricketts and the Cubs might someday procure another signature spirit to be offered at Wrigley. A more affordable, easy drinking tipple like vodka or tequila or — better yet — something with a little Caribbean flair to help folks cool off during the dog days of summer. After all, what could be more refreshing to a Cubs fan than an ice-cold daiquiri or mojito… made with Ron Santo, of course.