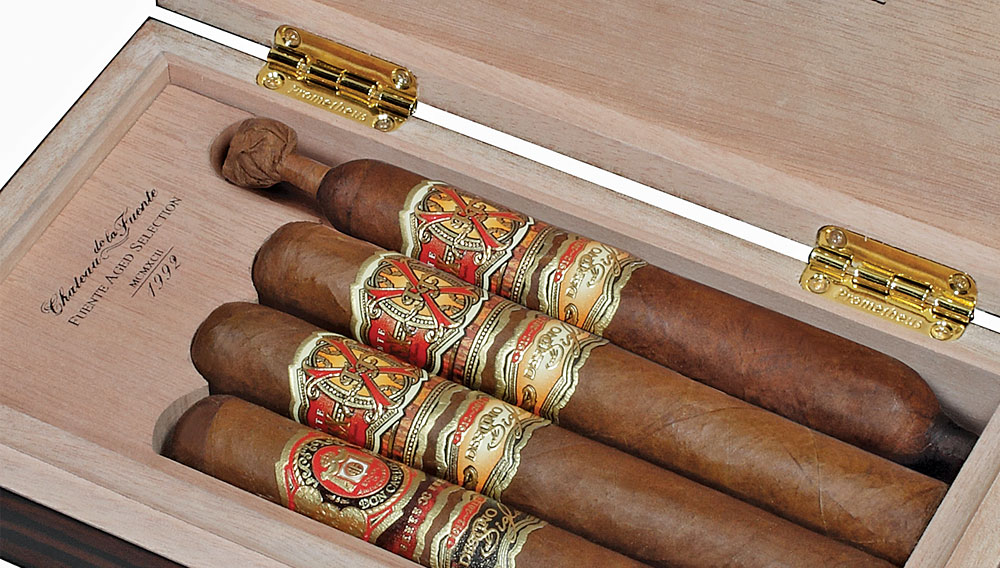 A 2011 fire that destroyed 8,000 bales of aged tobacco hindered the Arturo Fuente cigar brand’s plans to celebrate the 100th anniversary of its founding last year. Instead, the brand will mark the start of its second century by releasing several special-edition cigars during the first week of May, between the birthdays of Carlos Fuente Sr. and Carlos Fuente Jr., the son and the grandson of the company’s founder. These cigars will include the Fuente Fuente OpusX Angel’s Share, a milder OpusX that uses leaf from the middle of the plant; the double-banded Don Arturo Aniversario Destino al Siglo (Destiny to the Century); and a resurrected Casa Cuba line made with tobaccos that lean toward full body. Fuente will offer four shapes of each cigar, priced from $10 to $25. Arturo Fuente,www.arturofuente.com