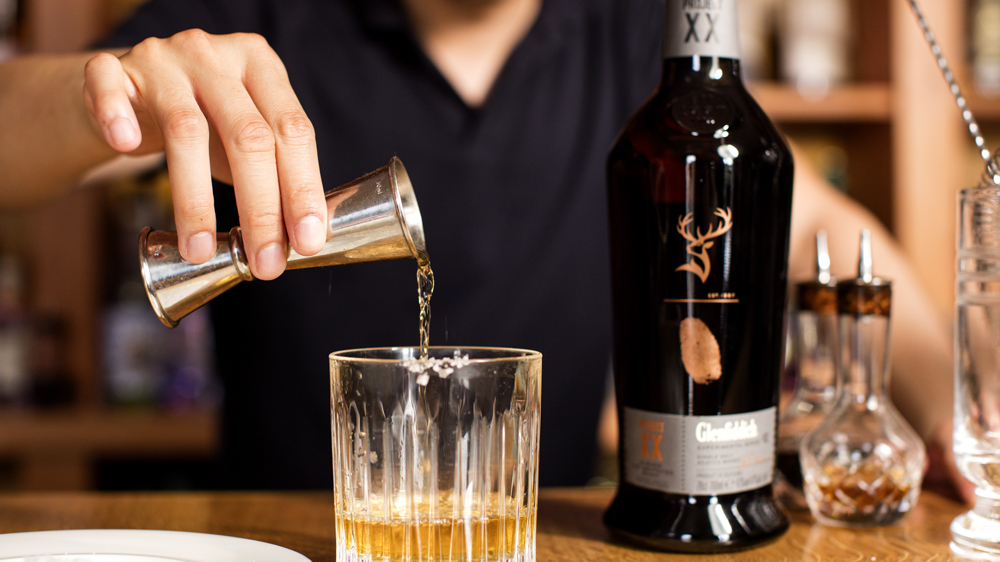 The world’s best-selling single-malt Scotch whisky maker is clearly not content to rest on its considerable laurels—which, by the way, rest on stacks of fragrant, aging casks. With Project XX ($60), the second release in its Experimental Series, the Glenfiddich has gone where it’s never gone before, inviting a group of outsiders into the closely guarded confines of their famed Dufftown distillery, and allowing them to play an integral role in the development of what may very well be the most ambitious whisky in the brand’s 130-year history. It’s easy to imagine William Grant up in heaven, gleefully humming the theme song from Footloose.

Project XX (pronounced as twenty) is the result of an unprecedented collaborative effort between the Glenfiddich’s malt master, Brian Kinsman, and a group of Glenfiddich ambassadors from around the world. In a process that was shrouded in secrecy, 20 supertasters from the U.S., China, Europe, and parts in between were each invited to select a single cask from the company’s unrivalled stocks — we are talking thousands of various and sundry whiskies aged in port pipes, ancient sherry butts, and first-fill bourbon casks. Once the individual whiskies were chosen by the ambassadors, it was up to Kinsman to figure out how they all fit together just right. It was a monumental task, and he nailed it.

The gold-colored Project XX is unmistakably Glennfiddich, possessed of the original’s inherent warm summer fruitiness and subtle almond notes. But there are some atypical flavors afoot as well in this special Speyside, like fennel, allspice, and cotton candy. Once the palate gets acclimated to the complexity, the flavor seesaws between sweetness and spice. Enjoy it, along with the rich port tannins and licorice that emerge for the party. The finish is creamy, with just the right amount of sweet oakiness.