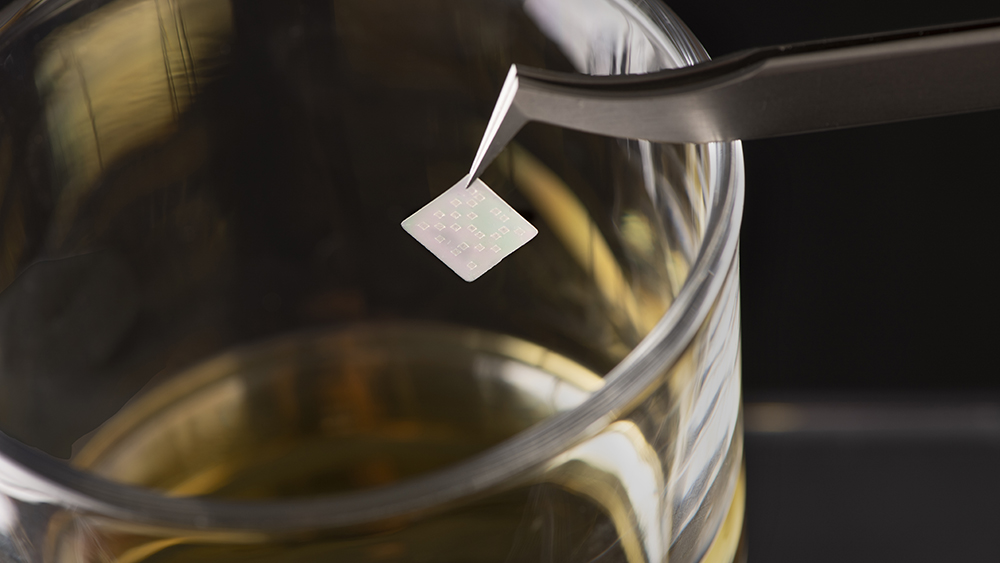 What if we told you that the next time you take a sip of whiskey, you could be engaging in cutting-edge anti-counterfeit measures?

Well, that might soon be the case, as a global research team has created an edible QR code to help distinguish real whiskey from the fake stuff. The tiny tag could be helpful not only with alcoholic beverages, but also with counterfeit pharmaceuticals.

“Counterfeit items, such as medicines and alcohol, are big issues around the world,” Young Kim of Purdue University said in a statement. “There are numerous examples of large amounts of fake medications sold throughout the world, which, in some instances, kill people.”

Kim and his team created the tags by processing fluorescent silk cocoons from specialized silkworms to create a biopolymer, which can be formed into different patterns to encode information. They then put the tags in various brands of whiskey at different price points over the course of 10 months, activating the QR code with a smartphone app to determine the drink’s authenticity.

Thankfully, the tags are both fully edible and digestible, so you wouldn’t have to worry about fishing them out of your bottle or glass. And they don’t affect the taste of the whiskey at all—welcome news to the whiskey connoisseurs among us.

Currently, the tags aren’t placed in whiskeys that are on the market, but the idea is that eventually they will be, and everyday consumers will be able to find out whether their whiskey is up to snuff. “Alcohol spirts are vulnerable to counterfeiting,” Jungwoo Leem, a member of the research team, said in a statement. “There are a lot of fake whiskeys being sold.” In fact, 18 percent of adults in the United Kingdom have purchased counterfeit alcoholic spirits.

The team chose whiskey for its initial round of research because of the drink’s high alcohol content (40 percent alcohol per volume), but the QR codes could expand to other alcoholic beverages as well as medications—making them perhaps the first widely useful QR codes in existence.