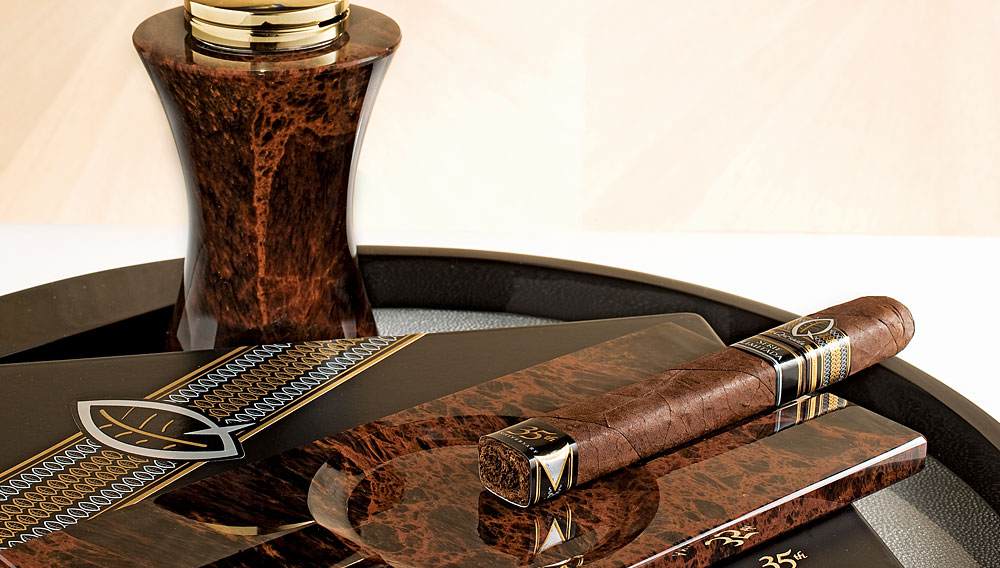 a quiet, unassuming fourth-generation Cuban expatriate named Manuel “Manolo” Quesada. In 1974, Quesada became the first cigar manufacturer to establish a factory in the zona franca (free zone) of the Dominican Republic’s Santiago province, which subsequently became a magnet that attracted other cigar makers to the now-famous hub. Yet outside of the cigar industry, few knew Quesada’s name.

His two daughters, Raquel and Patricia, set out to change that by creating the Quesada 35th Anniversary cigar ($12.75), or Q 35 as they call it, to honor their father’s 35-year legacy as a pioneering cigar maker in the Dominican Republic. But they wanted to create this cigar, a box-pressed 6 x 49 toro, without his help.

“The only time I got involved was when I told them that to make a box-pressed cigar, the filler has to be a little looser,” Quesada recalls. “Otherwise it will draw too tightly. That makes it more difficult to produce, but that’s what they wanted to do. They did everything else themselves. In fact, Raquel went out and looked for tobaccos we had never used before,” he says with both a father’s and a cigar maker’s pride.

The result is the first box-pressed cigar ever produced by Quesada’s factory, Manufactura de Tabacos S.A. (MATASA). It is also the best. For the wrapper, Patricia selected a rarely used, oily, chocolate-brown Arapiraca-seed tobacco, which is usually grown in Brazil. But this leaf came from Ecuador, where the soil and cloud cover gave it added finesse. For the Q 35’s filler, the same Dominican Republic tobacco used in the 2008 vintage Cuban Criollo 98 binder was blended with Havana Vuelta Arriba ligero from the country’s Navarrete region, along with a touch of ligero from Estelí in Nicaragua.

The Q 35 is a slow-burning, easy-drawing smoke rich with the flavors of cedar and espresso and imbued with a medium-full but gentle strength that makes one want to linger over every puff.