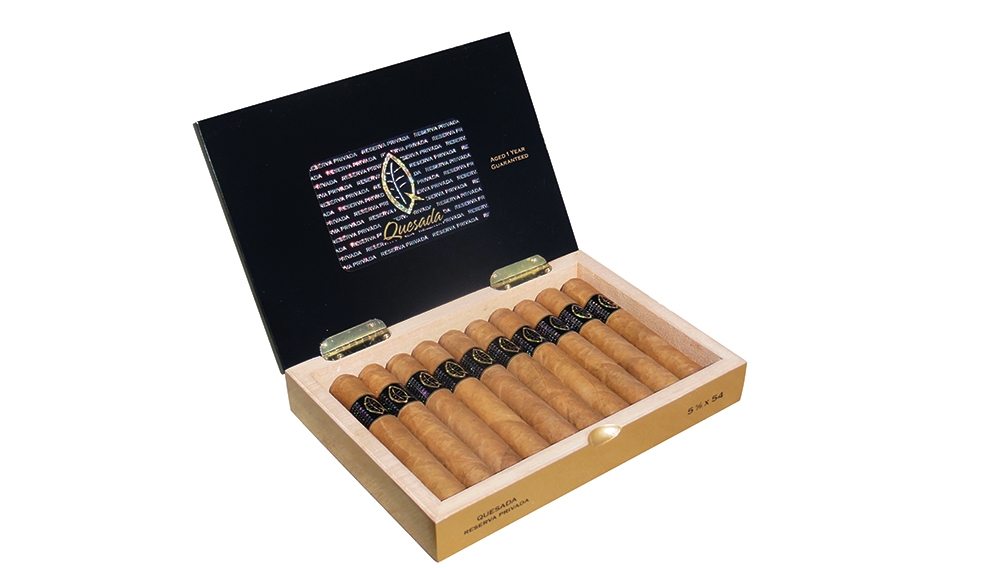 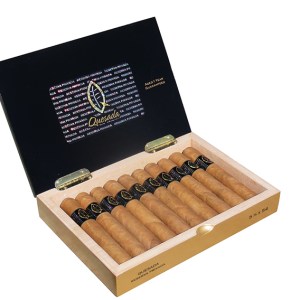 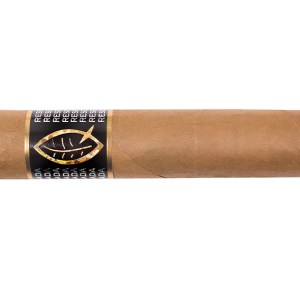 The holographic Quesada Cigars tobacco-leaf logo on the band is the first indication that this is no ordinary cigar. Likewise, the depth of coloring on the medium tan wrapper and the spicy-sweet aroma of the tobaccos in the filler portend a luxuriously mild smoke. All of this comes to fruition upon lighting the new, limited-edition Quesada Reserva Privada, providing a rounded, medium flavor reminiscent of soft white bread that never varies from start to finish.

One would expect no less from an Ecuadorian Connecticut wrapper combined with 18-year-old Dominican Criollo binder and Dominican San Vicente filler tobaccos that were planted in 1997—the result of what cigar maker Manuel Quesada called a cosecha pareja, an even harvest. Convinced that these tobaccos could be aged to eventually produce a spectacular cigar, he wrapped them in tercios—an old Cuban method of sealing the leaves in airtight bales of palm-tree bark to let mature after fermentation.

Eighteen years later Quesada’s daughters, cigar blenders Patricia and Raquel, discovered these well-matured bales and combined them with Pennsylvania ligero filler tobaccos to create a cigar that, by using both old and new tobaccos, would honor the many generations of the Quesada family. After rolling, the cigars were aged for a full year, further mellowing the flavors of what was already a very smooth and mild smoke. Three sizes are available: a 4½ × 52 robusto ($12.95), a 5⅝ × 54 toro ($13.95), and a 6½ × 56 toro gordo ($14.95). (quesadacigars.com)