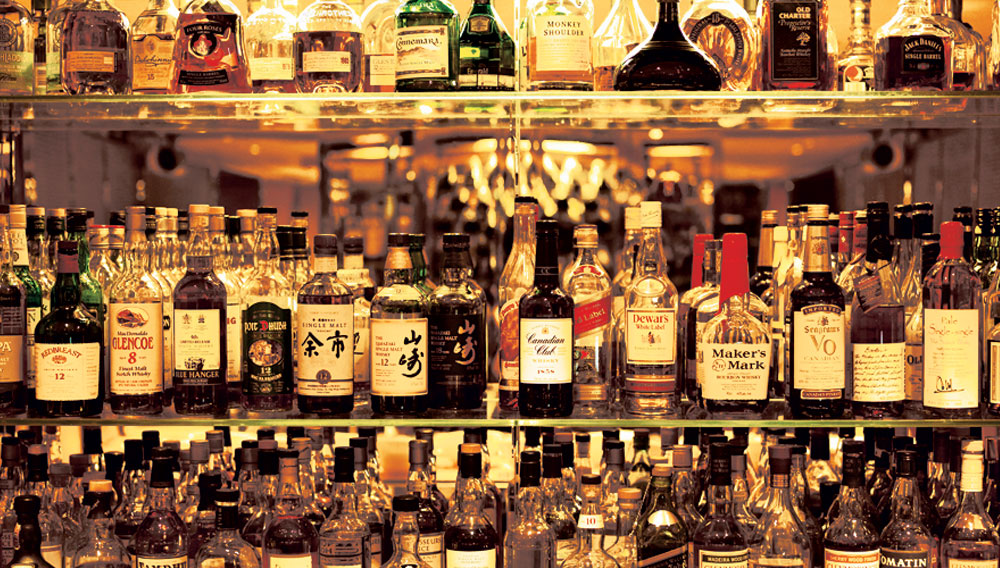 The Athenaeum Hotel enhances its famous whisky collection with a blend all its own.

Located on Piccadilly just below street level in Mayfair’s Athenaeum Hotel, the Whisky Bar gives the impression of being sophisticated but not stuffy. With its warm paneling and intimate arrangements of furniture, the space more closely resembles a private study than a public bar. On any given visit, one might find an A-list celebrity seated on a plush red-velvet sofa in a corner nook sipping a 32-year-old single-malt scotch, and a group of businessmen wearing impeccably tailored suits from nearby Savile Row discussing the international financial markets at a table gleaming with crystal glasses. At the bar, a newcomer might signal to a passing waiter and announce, “I’ll have an Athenaeum, please.”

This request is not for a specialty cocktail named after the five-star London hotel, but instead for a glass of a proprietary blend of 8-year-old Speyside and Highland malts. Opened in 2009 with 270 whiskies featured on its menu, the clubby establishment expanded its offerings this year to 360 bottles, making its whisky collection—which features such rarities as Dalmore 1973, Glen Elgin 32 Year Old, Glenfarclas 1954, Glenlivet 1948, and Mortlach 50 Years Old—the largest of any hotel bar in England. Still, the management, seeking to add a signature touch to the bar that would be as distinctive as the hotel’s award-winning afternoon tea service, decided to create its own premium whisky.

“We have whisky aficionados from all over the world visiting our bar on a regular basis,” says Ivo Silva, a whisky sommelier who joined the Athenaeum team in 2013. “We’ve got a pretty good fix on what they like.”

For Silva, whisky is a serious matter. The native of Portugal (now in his early 30s) began his education in whisky as a teenager; he lived in Australia, parts of Southeast Asia, and the Netherlands before settling in London 12 years ago. He was one of just a handful of collaborators on the new blend.

The final composition, aged in ex-sherry and bourbon casks, is rich in color, smooth to the taste, and delightfully aromatic, revealing hints of roses and smoke. Aiming for a stylish whisky that would also have broad appeal, Silva and his colleagues chose to emphasize Speyside malts but included some from Highland to lend spice to the flavor profile. The texture is honeyed and soft, and the finish lingers on pronounced notes of oak and vanilla. Available at the bar for about $17 per 50 mL pour or about $220 per 700 mL bottle, the whisky is also offered in the minibars of the hotel’s guest rooms.

“Obviously it’s neither desirable nor possible to produce something designed to suit all tastes,” says Silva. “It would probably be bland and predictable, which is the opposite of the warm, welcoming, and surprising characteristics of the Athenaeum Hotel.”