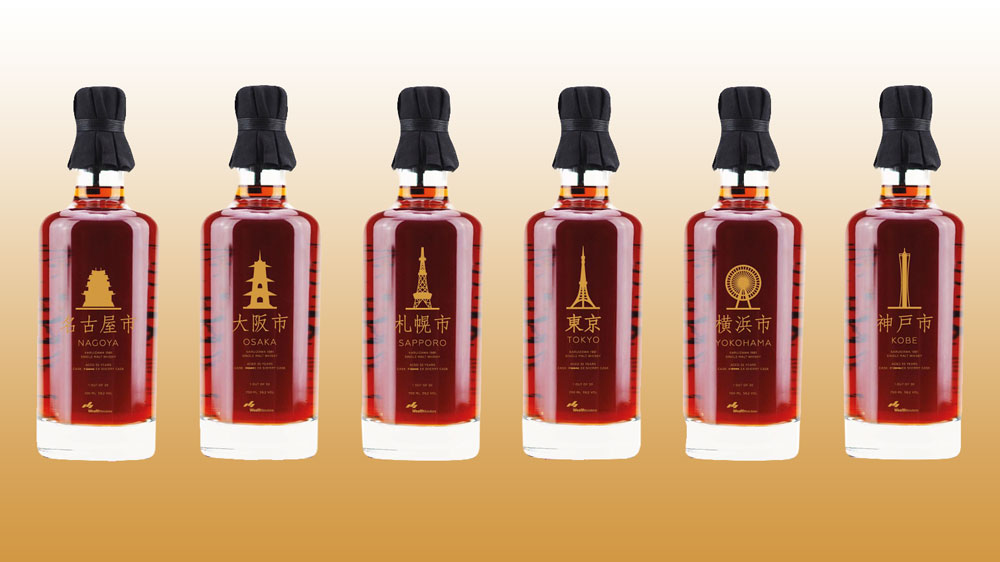 In what amounted to a high-stakes game of adult beverage bingo, a handful of fine-spirits aficionados and collectors recently won the right to purchase one of the world’s most exclusive whiskies, Karuizawa 35 Year Old Cities of Japan Sherry Cask ($12,500 for a 700 mL bottle). With an inventory consisting of just 150 bottles, Japanese spirit retailer dekantā knew that consumer demand would far outstrip their supply. With an eye toward distributing the bottles in the fairest way possible, dekantā decided to do something quite unusual. They held a sweepstakes, which was open to everyone and attracted more than 3,300 entries, which likely means that nary a bottle will remain. The ballot closed on February 7, and the randomly chosen winners—announced February 8—were given 3 days to act upon the once-in-a-lifetime opportunity to purchase anywhere from one to six bottles of the rare whisky.

When it opened in 1955 in the foothills of an active volcano, Karuizawa was, at about 2,789 feet above sea level, the highest distillery in Japan. It was also the country’s smallest whisky producer, but that didn’t stop the brand from establishing a sterling global reputation. Alas, on the heels of a huge downturn in the Japanese whisky market in the late 1990s, Karuizawa was forced to shutter its doors in 2000. Fortunately, it kept a few barrels in stock.

The nose on the 35 Year Old Cities of Japan Sherry Cask boasts pronounced notes of dark licorice and coffee beans, with hints of cinnamon and ginger. There’s significant spice on the palate at the outset, which is then joined by dark chocolate, umami, and a touch of mango. The overall sweet creaminess is a result of the sherry cask influence. Prunes and plums are a welcome intrusion upon a finish that is long and satisfying.

What’s in the bottle is indeed very special, yet it’s only part of the prize. The Karuizawa 35 Year Old Cities of Japan Sherry Cask comes in six different bespoke bottle designs embodying the character of Japan’s most iconic destinations: Tokyo, Sapporo, Nagoya, Osaka, Yokohama, and Kobe.