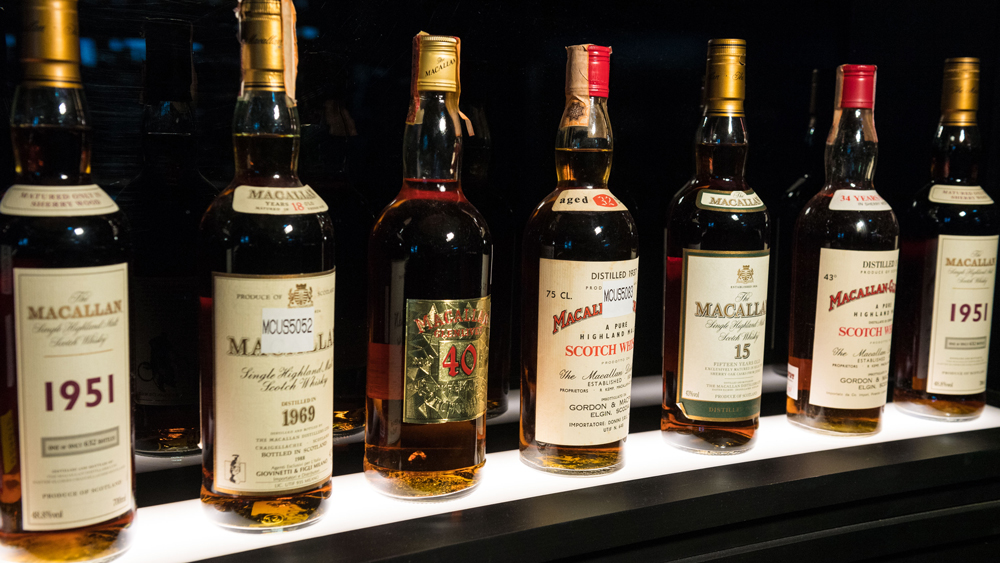 Recent financial news has not exactly painted a rosy picture—the markets have been volatile over the past year, a recession could be looming (or not) and crypto seems to be in an inexorable downward spiral. So what’s a safe bet for an investor with some extra cash these days? According to a recent article in the Financial Times, the answer might be rare scotch whisky—and we’re talking real bottles, not NFTs here.

There have been real world examples of spectacular whisky sales over the past few years, some of which we’ve covered here—for example, the record-setting sale of a barrel of Ardbeg to a private party for $19 million, and the sale of a rare bottle of the perennially valuable Macallan single malt in 2020. But according to the Financial Times, “fine and rare” single malts have seen their value increase by 23 percent this year over the same period last year, or more than a fifth, based on data compiled by Scottish investment bank Noble & Co and data company Brainnwave.

The Times goes on to report that almost 600,000 whisky auction transactions were tracked to compile the data, and according to Noble & Co head of food & drink, Duncan McFadzean, sales were driven by bottles priced between £100 and £1,000 ($120 and 1,240), indicating younger buyers. “Whisky still seems to be a popular asset to hold in your portfolio,” he told the Times. “But I wouldn’t want to predict it massively for next year.”

The Macallan still leads the pack as far as value and sales in the secondary market, according to a report in Scottish newspaper The Press and Journal Evening Express, but bottles from other distilleries are growing in demands as well. These include GlenAllachie, Springbank, The Balvenie, Daftmill, Bowmore, Ardbeg and Arran. And according to an analysis of the report by The Spirits Business, two regions that are sometimes under-recognized by whisky drinkers are the best performing as far as value growth—Campbeltown (where Springbank is located) and the Lowlands (home of Daftmill). The value of the former is on track to increase by 82 percent compared to last year.

Of course, there are no guarantees as to how this will all play out over the coming years, but investors seem primed to continue to trade in whisky, at least over the short term. And if the market crashes and the value of whisky plummets, at least you’ll have some choice bottles to crack open.