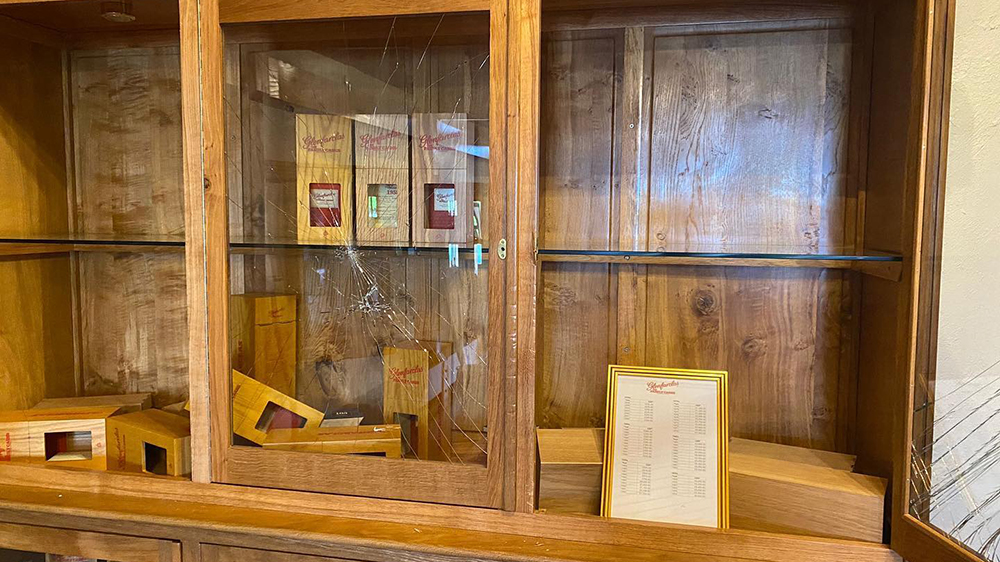 This was not why Glenfarclas had in mind when it opened its visitor center.

Over the weekend, thieves broke into the Scotland distillery’s guest shop and made off with 20 bottles of rare whisky, according to Scottish police. The value of their haul: over $184,000.

In the early morning hours on Sunday, two men are believed to have broken into Glenfarclas’s visitor center in Speyside, a northeastern sub-region in Scotland known for its distilleries. The thieves were only inside the building for about four minutes, according to the BBC, but that was more than enough time to steal some of the brand’s most valuable bottles, including releases from its Family Casks series and a 60-year-old single malt.

“They obviously knew exactly what they were looking for,” the distillery’s production manager Callum Fraser told the news service. “They made their way straight to our cabinet that holds our most expensive whisky. The whole episode lasted about four minutes.”

The Family Casks is a collection of the Glenfarclas’s finest single casks, with vintages from every year dating back to 1954, according to The Spirits Business. The distillery’s 60-year-old single-malt, meanwhile, is one of the most expensive whiskies from Speyside, regularly selling for in excess of $22,000 per bottle.

The break-in may have only just happened, but it would appear that police have already ruled out one category of potential suspects. In a press release, authorities suggested they don’t believe anyone local was involved in the heist.

“We are looking to trace two men in connection with break-in,” they said in a statement. “We believe the men travelled to the area and we would appeal to hoteliers, bed and breakfast establishments and Airbnb premises to get in touch if they suspect anyone of being suspicious.”

Glenfarclas isn’t the only Speyside distillery that’s had to deal with thieves in recent months. In January, Aberlour Distillery announced that thieves broke into its visitor center while the distillery was closed for the holidays. The cost of that break-in, which also saw several rare bottles stolen, was reported to be a “five figure sum.”