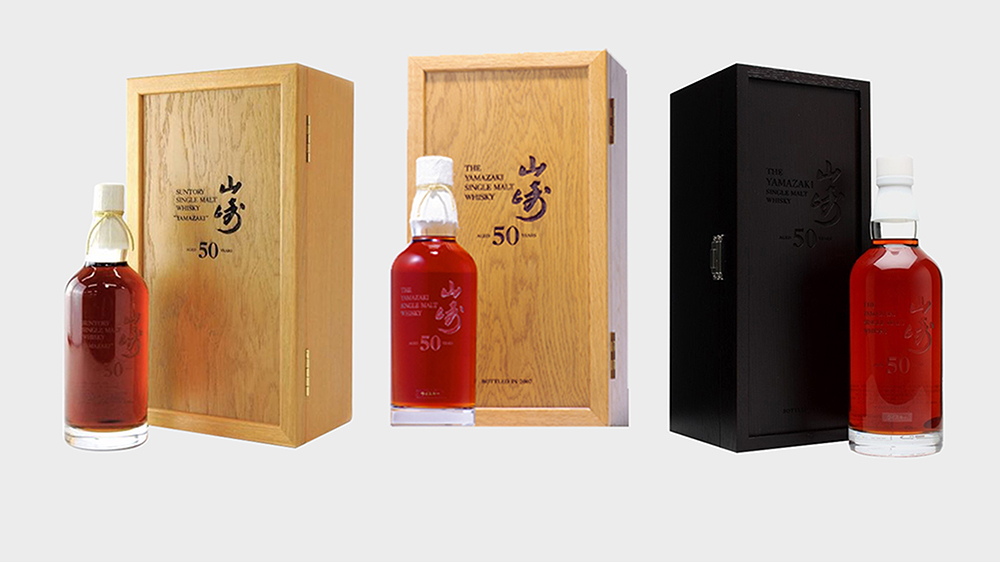 August 17, 2018 may go down in whisky collecting annals as Super Black Friday. On that date, a pair of Asian collectors, bidding on opposite sides of the planet for completely different spirits at totally different auctions, literally bought bragging rights to two of the world’s rarest single malts.

First on deck: An extremely scarce bottle of 50 Year Old Yamazaki single malt—one of only 50 bottles that were distilled in 1955 and which had been matured for half a century in rare Japanese mizunara oak—went under the hammer for $343,000 at Bonhams in Hong Kong. According to the Nikkei Asian Review, the successful bidder participated by telephone from Asia and prefers to remain anonymous. Nonetheless, the winning bid has established a world record for the Yamazaki 50 Year Old as the most expensive (and the oldest) single bottle of Japanese whisky ever sold. It represents the first of three Yamazaki 50 Year Old editions that were subsequently produced.

“The first edition [of the 50 Year Old Yamazaki] came out in 2005,” notes Makiyo Masa, founder and director of Tokyo-based Dekanta, the world’s largest mail-order retail specialist of Japanese whiskies. “The second edition came out in 2007, with also only 50 bottles released, and the third edition came out in 2011 and 150 bottles of this whisky were released. The anticipation for these bottles, each upon their release, was huge. The result of recent auctions indicate that these bottles are only becoming more desirable over time.”

Masa, who currently has a single bottle of 50 Year Old Yamazaki from the second edition, estimates that a complete set—comprising one bottle from each of the three editions—would be valued at more than one million dollars.

Said Daniel Lam, Bonhams’ head of fine wine and whisky, “This new world record for a bottle of Japanese whisky . . . demonstrates that the auction market for single-malt whisky is in good health.”

As further proof of that statement, August 17 was the date of a second significant event. That’s when another dedicated Asian whisky collector traveled from China to the McTear’s auction held in Glasgow to personally be there to bid on a rare crystal decanter of 70 Year Old Private Collection Glenlivet 1943 by Gordon & MacPhail. His winning bid of $56,575 far surpassed pre-auction estimates.

One of only 42 such bottles in existence, the decanter contained whiskies from the Glenlivet Cask No. 121, which had been distilled on January 14, 1943, during a period of strict rationing in the middle of World War II. The whisky was then put into a first-fill sherry hogshead specifically selected by John and George Urquhart, first- and second-generation owners, respectively, of Gordon & MacPhail, historic purveyors of Scotland’s finest spirits.

Interestingly, another one of these 42 decanters, each of which contained the last of Gordon & MacPhail’s 1943 whiskies, appeared in the December 2017 Robb Report Ultimate Gift Guide, priced at that time at $35,300. That adds up to a 60 percent increase in value in less than a year’s time, bearing out Lam’s observation about the positive aspects of whisky collecting.