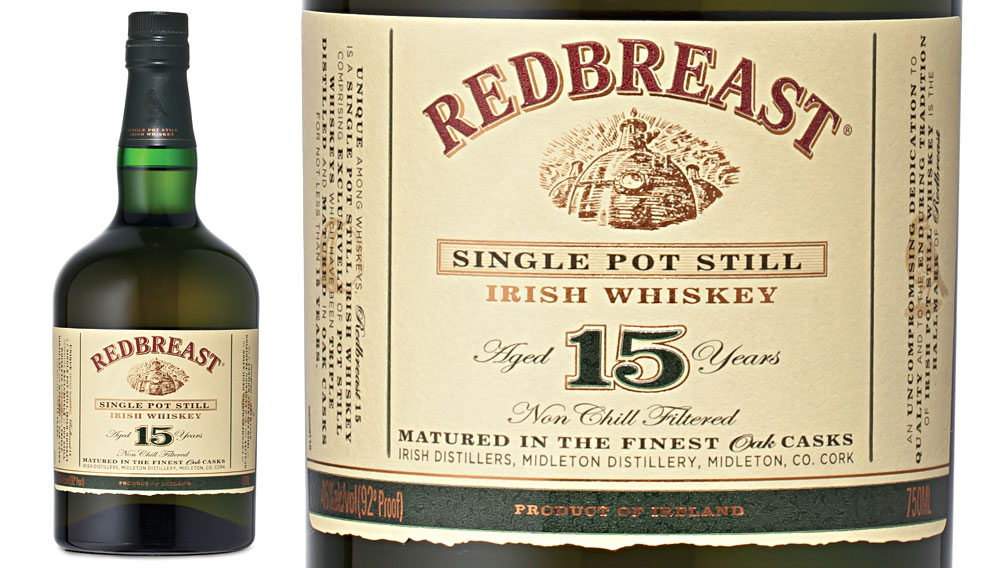 Since 1887, when it was introduced as an independent bottling by the Jameson distillery, Redbreast has remained one of the most revered Irish whiskeys. Reintroduced in the 1990s as a 12-year-old pot-still whiskey, Redbreast used the original formula of two-thirds bourbon barrels to one-third sherry casks. It was a hearty pour, and although limited in availability, developed a loyal following. Then, in 2005, Redbreast came out with a one-off 15 Year Old, primarily for Ireland and France, to commemorate the 50th anniversary of Parisian specialist La Maison du Whisky. The 15 Year Old quickly became a cult favorite. On and off the market since then, it has been brought back as a regular member of the line. Non–chill filtered and 92 proof, Redbreast 15 Year Old is heavier and spicier than the more floral 12 Year Old, both of which are bottled under the new category of Single Pot Still Whiskeys by Midleton Distillery in County Cork. Finally, the Redbreast 15 Year Old can be spotted on American shores. ($76)