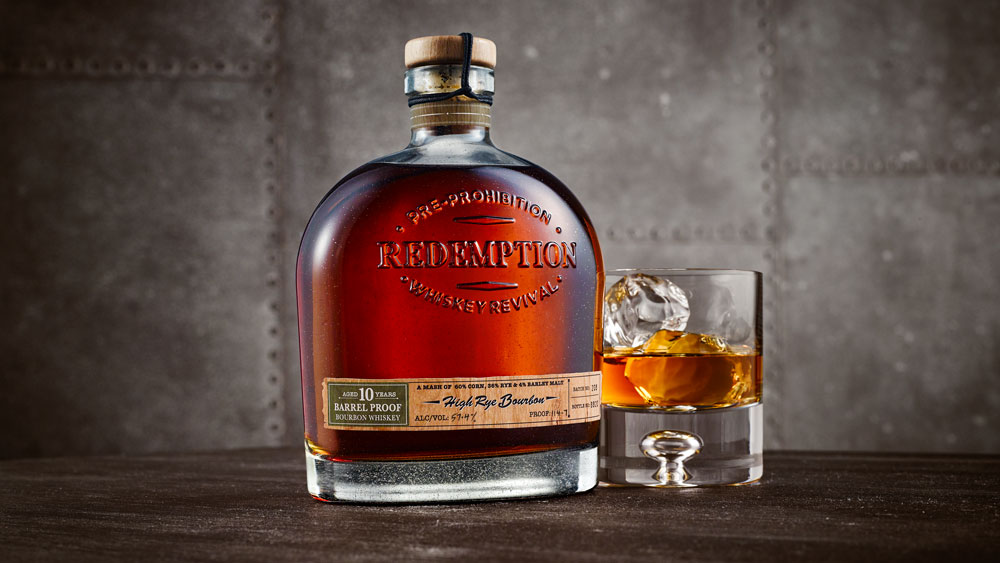 Once upon a time, rye whiskey was the top tipple in taprooms across America. And then, largely because of Prohibition, the stuff all but disappeared. About a decade ago, however, rye began mounting a comeback, and today it’s one of the fastest-growing spirits categories in the world.

Launched in 2010, Redemption is a pioneer of the contemporary rye resurgence. Distilled in Indiana and bottled in Kentucky, the brand’s high-rye-content, high-proof whiskies have been consistent crowd-pleasers, racking up a multitude of awards on the competition circuit. Case in point—the 116.2-proof Redemption Aged Barrel Proof Straight Rye: 10 Years ($100) that won Double Gold at the 2017 San Francisco International Wine Competition. This spicy, vibrant, and herbaceous whiskey is made from a mash bill that is 95 percent rye and 5 percent malted barley. It’s part of a trio of just-released, limited-edition expressions for Redemption’s annual barrel-strength collection.

The others are the 114.8-proof Aged Barrel Proof High-Rye Bourbon: 10 Years ($100) and the 108.2-proof Aged Barrel Proof Bourbon: 9 Years ($100). The former, a Double Gold winner in its own right, boasts smooth caramel and roasted-nut flavors and a round, silky texture. The 9-year-old is floral-smelling and mellow-drinking, with notes of smoked bacon, dark coffee, and crème brûlée.

The late, great philosopher Christopher Hitchens claimed to have found “something repulsive about the idea of vicarious redemption.” And while he was referring to the apparatus of absolution and forgiveness, Hitchens—himself an impenitent imbiber—might as well have been talking about whiskey. So don’t take our word for it; experience some Redemption for yourself.