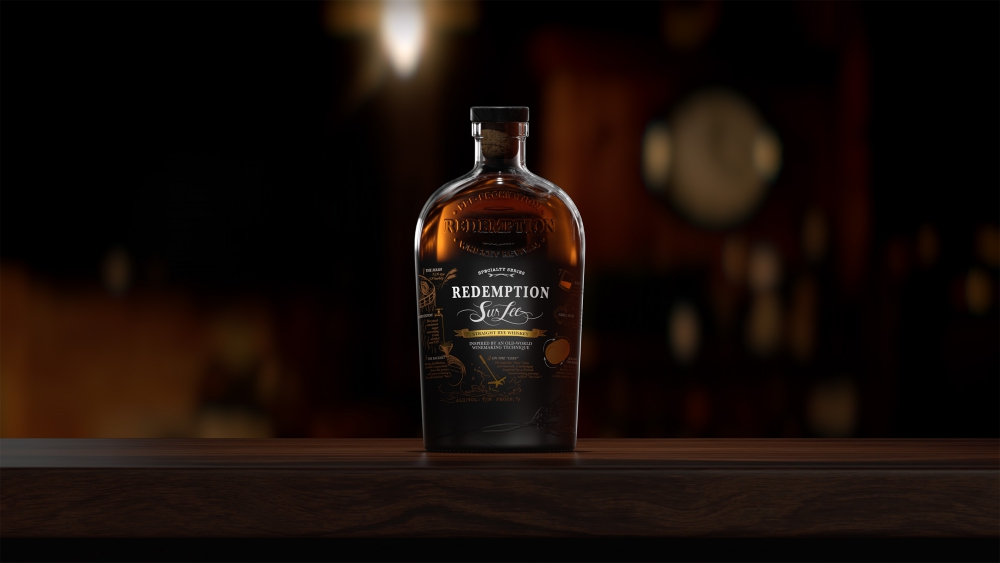 Redemption Whiskey is in the middle of a legal dispute with Diageo’s Bulleit Bourbon (more on that in a moment), but that hasn’t stopped the brand from releasing an innovative new rye whiskey that was inspired by French winemaking.

The elephant in the room is that a few weeks ago Diageo was granted an injunction that means Redemption must stop selling its whiskey in bottles that, admittedly, do kind of look like Bulleit Bourbon. Redemption parent company Deutsch Family Wine & Spirits obviously disagreed with the ruling, but of note is that this applies to future releases and not current inventory, which this new whiskey apparently falls under. Also of note, in June a jury verdict found that Redemption did not infringe on the Bulleit trademark to create consumer confusion or act in bad faith.

Anyway, onto the whiskey at hand. Redemption Sur Lee Straight Rye Whiskey is part of the brand’s Specialty Series, a 95 percent rye whiskey distilled at MGP in Indiana that was made using a special process inspired by the French. In the winemaking world, “sur lie” aging means the wine is in contact with the lees, or dead yeast cells and other materials from fermentation. In this case, backset was added to the whiskey after it was barreled. Backset, or whiskey lees, is also known as sour mash—essentially, it’s liquid strained from the mash after distillation that’s usually added back to the fermenter. The point here was to develop extra flavors using this process, furthered by the fact that the whiskey is non-chill filtered and bottled at 94 proof.

“At the beginning of our creation process, we were curious to see what flavors would be imparted if we applied a technique similar to the French winemaking sur lie process to our amazing classic rye mash bill,” said Tom Steffanci, president of Deutsch Family Wine & Spirits, in a statement. “We spent a lot of time adjusting the approach to get it just right and we are delighted with the delicious outcome. I can’t wait to hear from consumers once they have the opportunity to taste it.”

This is sort of a new spin on a tried-and-true technique. The concept of sour mash whiskey is well-known and most major American distilleries use this process in their whiskey making. Also, Kentucky distillery New Riff released its Backsetter Rye based around a very similar technique a couple of years ago. What sets this whiskey apart is that Redemption adds the “whiskey lees” to the barrels instead of adding it to the mash before distillation. This results in a whiskey with flavors, according to the brand, of “buttery notes of toasted marshmallow, maple and nutmeg, balanced with a lingering spicy finish.”