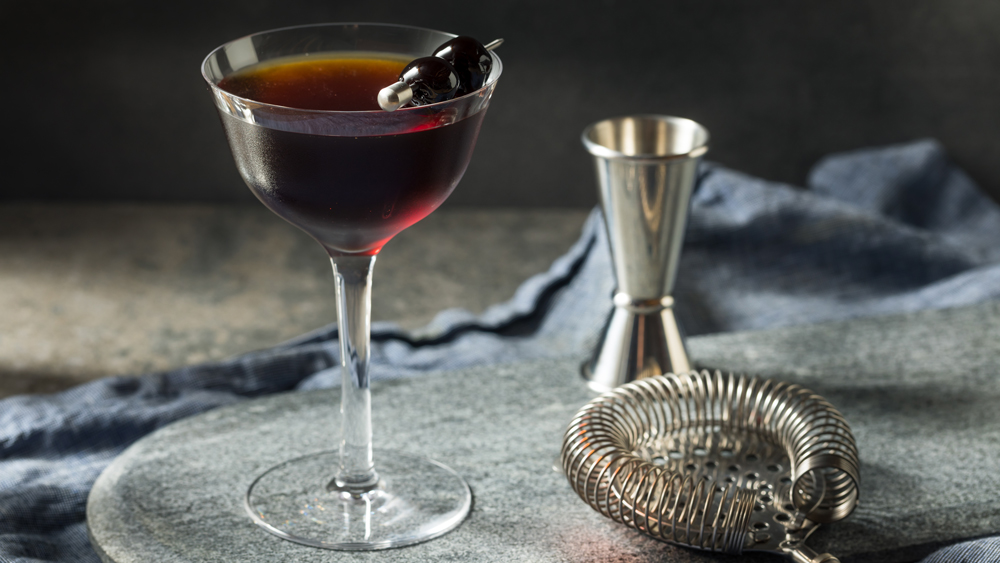 Let’s start with a few things that absinthe is not.

If you’re like most people, those three statements have utterly obliterated all knowledge you thought you had about absinthe. Into this empty void, we now fill: What is absinthe?

At its base, Absinthe is simply a high-proof spirit made by a distillation of, among other things, the bitter flowers and leaves of the wormwood plant (artemisia absinthium), from which it gets its name. How this spirit would come to represent French national pride in the 1830s, become the liquid mascot of the Bohemians of Paris a few decades later, represent French moral decline, get framed for some grisly murders in 1905 and banned for nearly 100 years across the world… that is a little more complicated.

But first—wormwood, before modern medicine, has always been used to heal certain digestive ailments. It shows up in both Egypt and China as early as 1500 B.C., infused into wine (the plant is acutely bitter and infusing into wine helps, as they say, the medicine go down). A recipe for this wine pops up in Ancient Greece, 1000 years later, and is very popular in Germany, 2000 years after that. The Italians would, in the 1700s, begin to make their own wormwood-infused wine and call it “vermouth,” after the German word for the plant, “wermut.” Wormwood, in short, gets around.

Absinthe became a phenomenon in France in the middle of the 19th century. French soldiers fighting in North Africa used it for its antimicrobial properties, and brought a thirst for it home. It was patriotic, like a War Bond that got you drunk. Over the second half of the century, it was the Bohemians who carried absinthe forward, sang its praises, wrote poems about it, and painted it. Van Gogh was, somewhat famously, a fan. Absinthe catalyzed an early precursor to what we know as Happy Hour—“l’heure vert” (the green hour)—during which across Paris, bars would be full of bright eyed young people talking politics and arts, and sipping this strong, mysterious liquid.

Toward the end of the century, the temperance movement steadily gained power across the western world, and absinthe got singled out as a particularly corrosive force on society. Alcoholism was barely a concept in France—they didn’t consider drinking wine to be “drinking” at all—but absinthism was. Wine producers didn’t like this upstart stealing their market share, and absinthe was thoroughly demonized, responsible for everything from the fraying social fabric to extravagant sexual deviance.

Then in 1905, in Switzerland, a laborer named Jean Lanfray, delirious from lifelong alcohol abuse and drunkenly enraged that his boots hadn’t been waxed, murdered his wife and children. Nevermind that he drank a gallon and a half of wine every day, plus a couple glasses of brandy and some cordials—no, it was the two absinthes in the morning that had driven him mad. His region of Switzerland banned absinthe that month, and the whole country would follow suit in 1910. In America, it was banned in 1912, with a doctor from the early FDA declaring absinthe “one of the worst enemies of man, and if we can keep the people of the United States from becoming slaves to this demon, we will do it.” Absinthe was done.

So how’d it come back? Wormwood actually does have a harmful chemical in it, called thujone. It was once believed that absinthe had some ridiculously high amount of thujone, but modern science applied to vintage bottles show that it had practically none at all, as it is stripped by the distillation process. Even at maximum levels, you’d have to drink something like 100 gallons of absinthe to get fatal levels of thujone, no living human could cross into 1 percent of that before dropping dead from alcohol poisoning.

As for it’s supposed hallucinogenic properties: I report with no small amount of disappointment that it’s a longstanding myth. It could be that there were toxic additives back then (that would make you do things like, for example, cut off your own ear); or it could be the delirium tremens, the hideous and often hallucinogenic withdrawal symptoms of chronic alcoholism; or it could be just the fervor whipped up by hysterical Prohibitionists, on a crusade of moral confusion. Whatever the source, it’s simply untrue.

What is true, however, is that absinthe is back, and is vital in certain cocktails. Above perhaps any other liquid, absinthe has the capacity to transform a cocktail with just a half teaspoon. It will carry its licorice-fennel flavor wherever it goes, but in small enough quantities, it behaves in unpredictable ways; if the cocktail were a song, absinthe adds an instrument, but it can also change the key.

The Sazerac is the most famous absinthe cocktail, but for the transformative effect, I love this broody little classic from 1939, a Manhattan with some dark cherry liqueur and just a dash of the green fairy.

Stir in a mixing glass on ice. Strain up into a stemmed coupe or cocktail glass, and garnish with a good cocktail cherry.

Rye Whiskey: Proof is your best weapon at fighting sweetness here, so ideally you’re using something big and ~100 proof, like Rittenhouse Rye or Wild Turkey 101 Rye.

Sweet Vermouth: I like Carpano Antica here—the vanilla compliments the cherry liqueur, and the body holds up to the big flavors in the drink. Also good is Cocchi Vermouth di Torino.

Cherry Heering: A Danish cherry liqueur made for 200 years, called for by name and more or less necessary to the drink. Forget bright red fruit—Cherry Heering is dark and brooding, adding even more black fruit to an already dark-fruited cocktail.

Angostura Bitters: decidedly unclassic here, and most recipes don’t include this. After trying them blind side-by-side, I prefer the spice the bitters bring, but it’s thoroughly optional.

Absinthe: If you can buy one bottle of absinthe, I like something high proof and green like French Pernod, or the American St. George. But honestly, anything commercially available will be fine as long as it’s unsweetened and over about 53 percent. Buy a bottle. I know it’s expensive. The good news is that it’s called for by drips and drops and a single bottle will easily last the average cocktail fan a year, if not several.