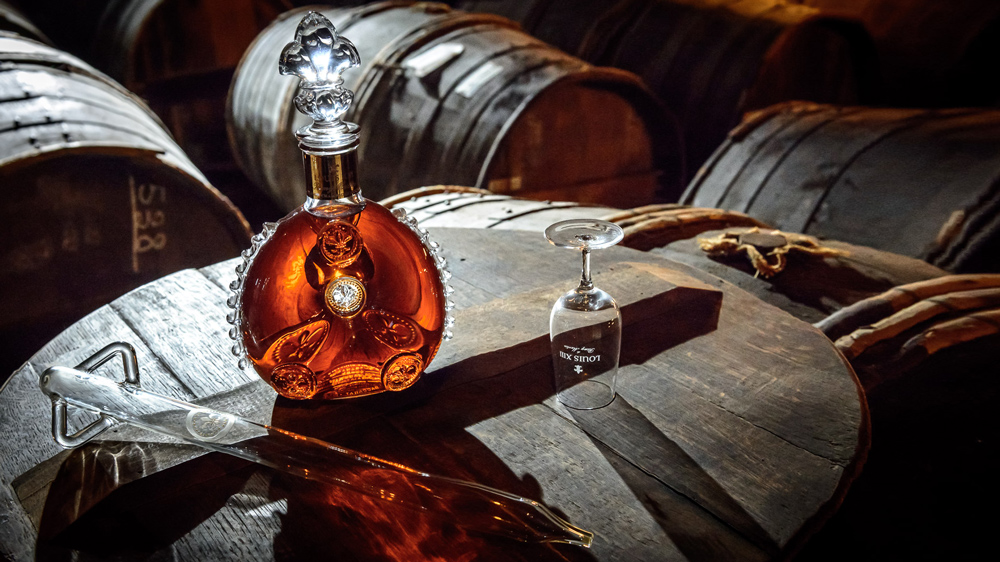 Rémy Martin has had just five official cellar masters in its 290-year history, the first appointed in 1924. The current title-holder is Baptiste Loiseau, 37, the youngest in Cognac’s history. Along with André Giraud, 93, Georges Clot, 75, and Pierrette Trichet, 65, they gathered recently for the first time in public to fête the release of Louis XIII The Legacy, a limited-edition crystal decanter hand-signed by each of them.

Louis XIII is a blend of more than 1,200 eaux-de-vie, the youngest of which is aged 40 years and the oldest, 100, chosen by the cellar master each year and set aside to age for decades in Limousin oak barrels so future cellar masters can craft the particular elixir that is Louis XIII Cognac 100 years later.

Inside the stone walls of Rémy Martin’s Le Grollet estate in southwestern France and surrounded by weathered casks containing some of the world’s most precious Cognac, the foursome sniffed glasses of Louis XIII and shared notes of their time in the cellar.

Do you remember the first time you tasted Louis XIII?

André Giraud: After five years of apprenticeship with my father [the cellar master at that time], I went to his office and he let me taste. I was 21 years old.

Georges Clot: I was a researcher in the lab, and one day I sampled with André. When I smelled it, it was like a perfume, and when I took a few drops on my tongue it became a deeper experience.

Pierrette Trichet: I was working with George in the lab but he never let us taste in there. But finally he invited me to the tasting room, and its discovery was a real revelation for me.

Baptiste Loiseau: I joined Pierrette’s team in 2007, and I remember tasting with her in the cellar, where we shared our impressions with one another.

What do you recall about the first time you had to create that final blend of Louis XIII?

Giraud: It’s a crucial moment. We are dealing with a rare and precious Cognac when we make that final blend so at the time I had to get approval. I was told, “When nothing can be better, it is Louis XIII.”

Clot: André helped me make that first final blend, and when he tasted I recall he said, “Not bad.”

Trichet: Consistency is our responsibility, so when it came time for the final blend, I asked my tasting team for their input. The best compliment they can give is to say, “You haven’t changed a thing.”

Loiseau: Pierrette let me observe her in 2011, and in 2012 we did it together. The first time I made the final blend alone was 2013. Pierrette said she trusted me and told me I would feel it when it was right.

Regarding the concept of time and selecting eaux-de-vie to create Louis XIII, what goes through your mind?

Giraud: My father told me, “It will not be you who puts the Cognac in the decanter.” That really made me aware of the notion of time and history of Louis XIII.

Clot: It’s paradoxical. You are choosing eaux-de-vie in the present moment for future cellar masters to create Louis XIII, and with that comes a great responsibility.

Trichet: We are continuing a story. I trusted that previous cellar masters had done their jobs and I had to conduct my choosing with future cellar masters in mind, too. We all share the same vision and the same history.

Loiseau: Pierrette told me my first job was to think of the future cellar master. It’s something that is always on my mind. When I choose the EDV, I am not only thinking of Rémy Martin’s previous cellar masters and paying respect to them and their work, but of the future ones, too, who will finish the stories we’ve started.

What were some of the secrets passed on to you? Tools? Advice?

Giraud: There are no secrets. We are here to share everything with the next cellar master.

Clot: André always said to me, “be demanding, control every step.”  And always be sure to make a little extra.

Trichet: What we share is not really a secret but know-how.

Loiseau: Pierrette told me to be humble, to trust and respect the past. As for tools, I have this [he pulled a small brass gauge from his pocket and the others smile and clap]. It’s to measure the level of the Cognac in the cask. Pierrette gave it to me on her last day, and I will give it to the next cellar master.

At this moment Loiseau and Trichet looked at one another and tears welled up in their eyes. They stood silent for a few beats.

“I am very moved she chose me,” Loiseau finally said.