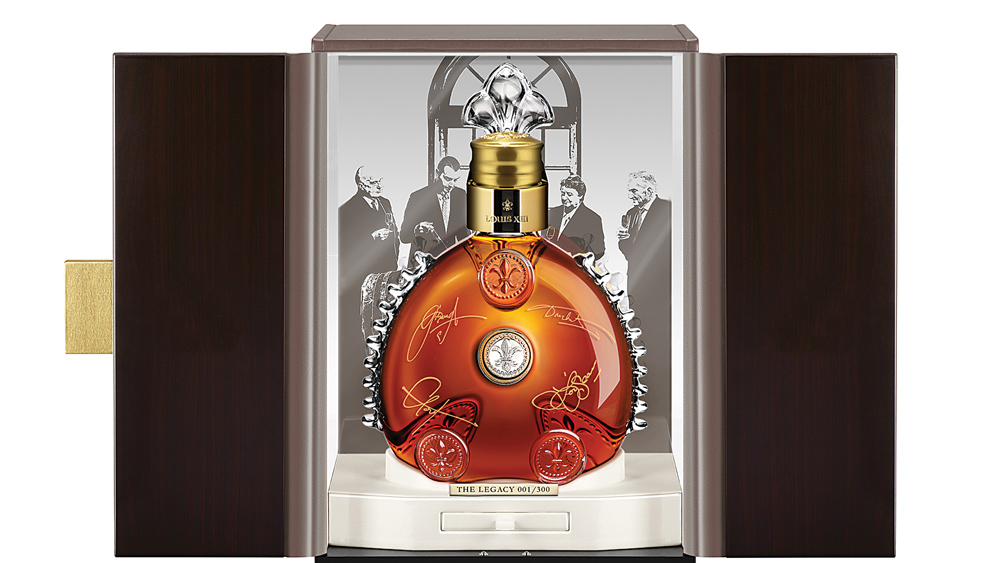 Louis XIII Cognac has been a most prestigious potable since Rémy Martin created it in 1874. Because the liquid contents of each decanter require up to 100 years to craft and contain a blend of as many as 1,200 of the finest eaux-de-vie, the cellar master’s vision for those decanters extends a century into the future during the selection of the grapes for each year’s eau-de-vie. The newly released Louis XIII Legacy ($12,000) honors this tradition: Only 500 decanters are available worldwide, making each crystal bottle—ensconced in a coffret of Italian calfskin leather bearing a numbered plaque—a rare keepsake. Add the signatures of Rémy Martin’s four living cellar masters—André Giraud, Georges Clot, Pierrette Trichet, and current cellar master Baptiste Loiseau—and the decanters rise to heirloom status. Their inscriptions serve as a reminder that the future of Louis XIII counts on its past. Asked if he feels pressure as the sole guarantor of the Cognac’s future, the 37-year-old Loiseau says no: “I trust that everything has been done the right way before me. That’s the main job of each cellar master, to prepare for the next. That’s what makes Louis XIII and the Legacy so special.” It is special, indeed, the blend within the decanter containing an alchemy of air, oak tierçons, and each decade’s finest eaux-de-vie. From the hints of young fruit and early wildflower of a new Cognac to the apricot, peach, and brioche notes that zing in a golden 20-year-old and the tastes of dried fruit, leather, sandalwood, and nutmeg in the deep mahogany of a 100-year-old Louis XIII, the marriage of tradition and finesse flavors the Legacy’s every drop.

Four of Rémy Martin’s five official cellar masters recently gathered for the first time in public for the release of Louis XIII The Legacy. Robb Report took the opportunity to ask Baptiste Loiseau, André Giraud, Georges Clot, and Pierrette Trichet some questions. Be sure to read the complete interview.