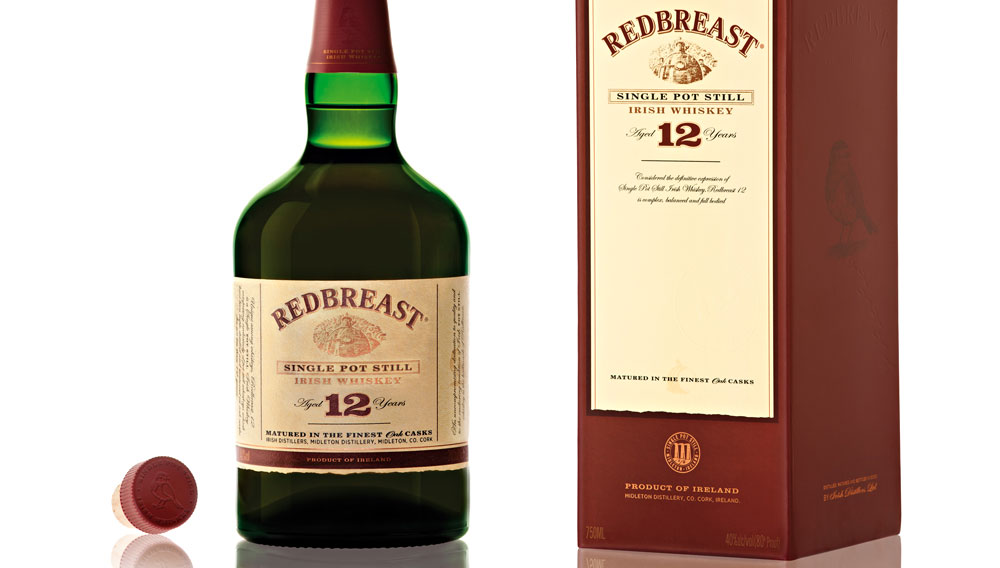 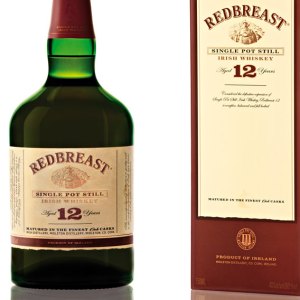 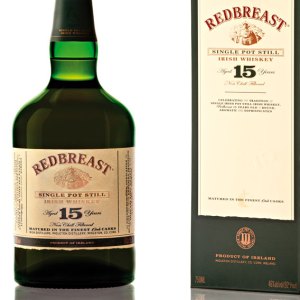 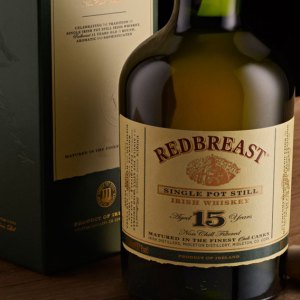 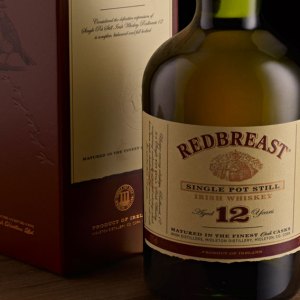 One of the most iconic yet elusive pot-still Irish whiskeys has been the multiple –award-winning Redbreast 12-year-old, along with its even more evasive cousin, Redbreast 15-year-old. This triple-distilled whiskey had its origins in 1903 as an independent bottling by the Jameson distillery in Dublin for an Irish merchant whose hobby was ornithology. He decided to name his whiskey after the robin redbreast, a songbird that never migrated from Ireland, even during the frigid months of winter.

Now distilled at Midleton Distillery in County Cork, Redbreast was reintroduced in the 1990s as a 12-year-old pot-still whiskey, using the original formula of two-thirds bourbon barrels to one-third sherry casks. It was a hearty pour, and although limited in availability, it developed a loyal following, especially among those who also enjoyed Highland single-malt Scotch.

In 2005 Redbreast came out with a supposedly one-off 15-year-old, primarily for Ireland and France, to commemorate the 50th anniversary of Parisian whiskey specialist La Maison du Whisky. Slightly heavier and spicier than the richly floral 12-year-old, it was quickly snatched up and became a cult favorite.

Now both the Redbreast 12-year-old ($40) and 15-year-old ($76), under their new category of “Single Pot Still Whiskeys,” are being relaunched. The 12-year-old is chill filtered and bottled at 80 proof, while Redbreast 15-year-old is non-chill filtered and bottled at 92 proof. Both are best enjoyed neat, although cocktails will be enriched by either bottling, both of which may very well attract a whole new flock of birdwatchers. (www.irishpotstill.com)