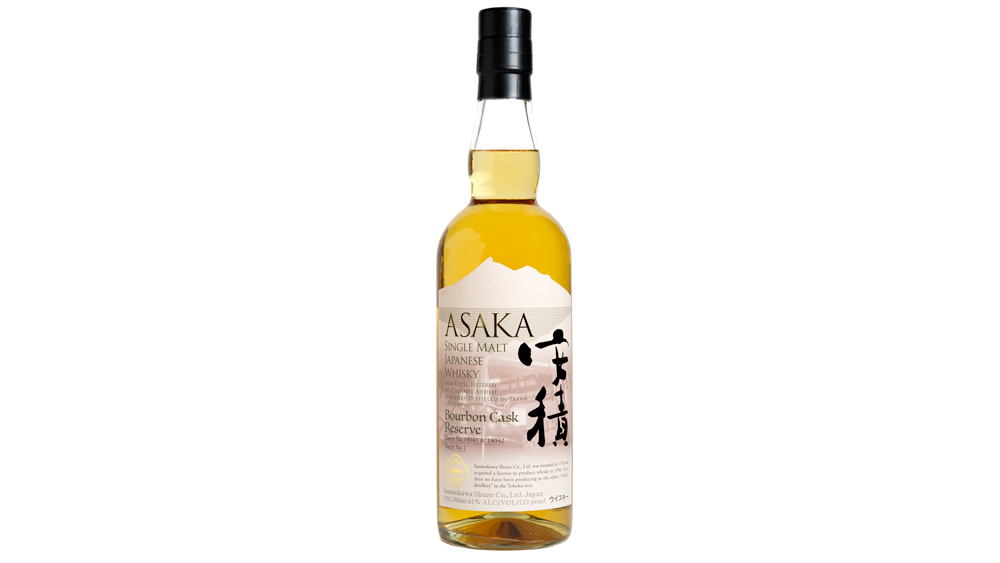 Anyone tuned into the world of aged distilled spirits knows that Japanese whisky has gone completely bananas over the past five years or so. You used to be able to snag a bottle of Yamazaki 12 (produced by Japanese whisky giant Suntory) at your local liquor store for around $50; now you’d be lucky to find one online for less than triple that price. For blends like Hibiki 21, be prepared to shell out at least a grand, especially given that other age statements have been discontinued. Nikka is the other major Japanese distillery, and while its whisky is generally cheaper than Suntory’s (while still of very high quality), the age statements have disappeared from most bottles. The reasons for all of this are a bit nebulous with lots of talk about demand unexpectedly outpacing supply, but there’s likely a healthy dose of opportunism here as well. Fortunately for fans of the Japanese whisky category, there are other options out there to sample, like this new release from the Asaka distillery in Fukushima, Bourbon Reserve Cask.

The company behind the distillery, Sasanokawa Shuzo, has had a whisky license since the 1940s. But the distillery itself was reconstructed in 2016 so has only been operating for a few years. Asaka produces a few world whiskies, a relatively recent designation that indicates there are whiskies produced outside of Japan in the blend. This is a common practice, but only in the past few years have distilleries agreed to differentiate what is a world whisky and what is actually a legitimate Japanese whisky distilled and matured in the country. Bourbon Reserve Cask falls into the latter category, and is the first release from Asaka available here in the US. The first batch is bottled at a hefty cask strength of 61 percent ABV, or “genshu” as it’s referred to on the label (the term is usually used for unfiltered sake). The whisky is non-chill filtered, has no color added, and is limited to just 480 bottles from the two barrels used for this release.

That high proof is immediately present as you sip, with an immediate warming sensation and a viscous mouthfeel as orange and honey notes coat the tongue. Mango, pineapple, vanilla custard and lemon zest arrive next on the palate, followed by some cinnamon and baked apple on a decently spicy finish. This is clearly a younger whisky than the core age statement bottles from Hakushu or Yamazaki, and the flavor profile is less delicate, but that’s not necessarily a bad thing as it brings a deep complexity to the tasting table. With just 480 bottles available domestically, it’s not like this is going to compete with Suntory Toki, a readily available blend. But with less name recognition than those other Japanese brands, it’s a bottle to look out for and buy when you see it, because Asaka may very well become as unavailable as those other unicorn whiskies in the near future.

Every week Jonah Flicker tastes the most buzzworthy and interesting whiskeys in the world. Check back each Friday for his latest whiskey review.