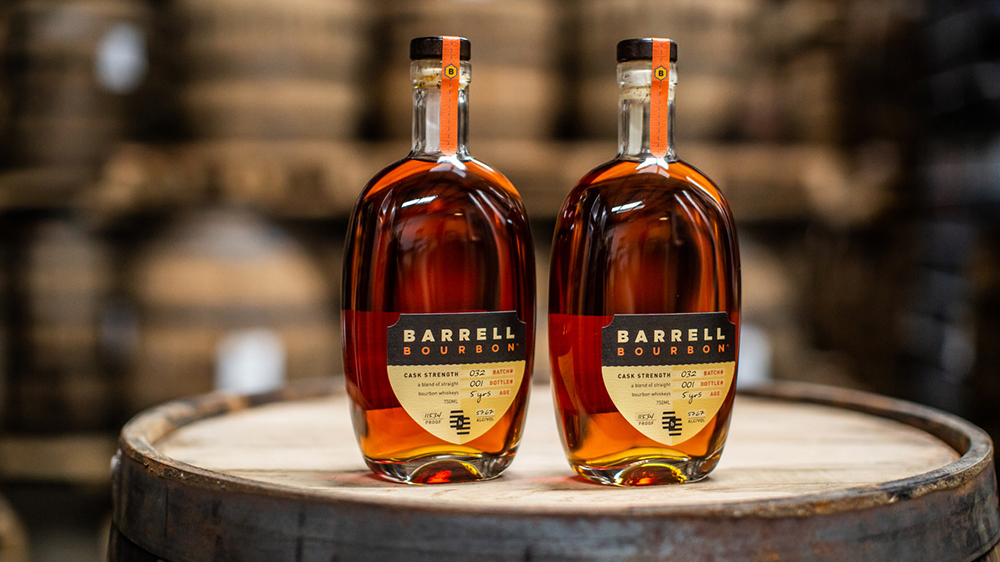 Barrell Craft Spirits has been highlighting just how important the art of blending is in American whiskey for years now, releasing batches of blended straight bourbon (and a few ryes) that far surpass many of their closest competitors on the market. The Barrell Bourbon lineup consists of blends of whiskey mostly originating in Kentucky, Tennessee and Indiana, although juice from places such as Wyoming has occasionally made an appearance. The Louisville non-distiller producer’s latest batch of bourbon, number 32, has a five-year age statement on the label, but there’s some older whiskey in the blend, too. Overall, this is a comprehensive and complex bourbon that you should consider adding to your collection.

Batch 32, like nearly all of its sister whiskeys, is made up of a blend of bourbon from the three states mentioned above: MGP is the obvious contender for Indiana, Dickel is a strong possibility for Tennessee, and who knows where the Kentucky whiskey comes from. According to Barrell, the blend began with two sets of barrels: 5- and 6-year-old bourbon chosen for its “creamy and tropical” profile, and 6-, 7- and 10-year-old bourbon that provides a more tannic, woody flavor. These two lots were blended over a period of three months before a small parcel of 7-year-old barrels were added to complete the blend.

The bourbon, as is the par for the course with Barrell, was bottled at cask strength (115.34 proof in this case). The nose is a bit on the hot side, with some sweet cinnamon and brown sugar notes that combine with a touch of burnt orange. The palate has some spice that is tempered by lovely notes of vanilla, caramel, plum, almond and toast. Mostly gone is the nutty graininess that has defined some past releases, which I have always attributed to the commanding presence of Tennessee bourbon in the blend. That may still be the case, but this release reads more Kentucky than Volunteer State to me. A little water wouldn’t be unwelcome here, but by no means is it necessary as the whiskey has a floral complexity despite its relatively high proof.

Let’s repeat the mantra: older whiskey doesn’t mean better whiskey, and that is on display with Barrell Bourbon’s latest. I prefer this batch to previous editions that have included bourbon aged up to 16 or 17 years in the blend, albeit likely in smaller amounts to avoid excessive oakiness. The transparency that Barrell Craft Spirits strives for, without actually naming the sources of its whiskey, is admirable, and those who might see this label with “5 years” on the bottle and move on are missing out. Of course, that age is right at the sweet spot for aging bourbon, and the team at Barrell clearly knows how to preserve that intrinsic character while also including whiskey of various ages to create a unique flavor profile.