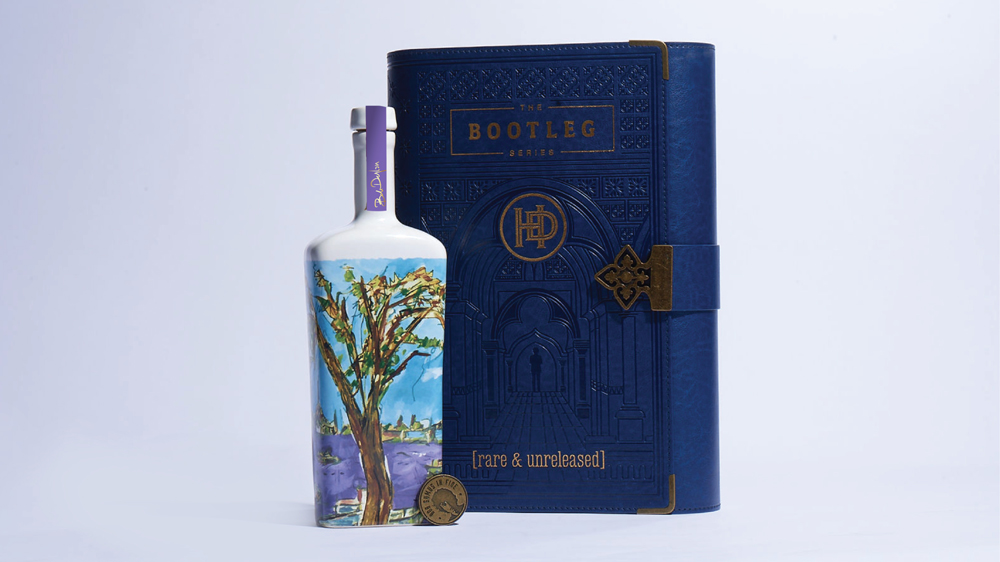 What more is there to say about the world of celebrity-backed spirits brands? Not much at this point, so maybe it’s worth looking at each one individually instead of as a group. There are certainly a few that are clear attempts at quick cash grabs, while others are likely a passion project, or at least a passing-interest endeavor. Bob Dylan’s Heaven’s Door whiskey brand seems to fall into the latter category. After all, it’s not like Dylan needs the money, and if you believe the marketing he’s actually something of a whiskey connoisseur. Regardless, the team behind the brand certainly knows what they are doing, and the trio of sourced whiskeys (straight bourbon, straight rye, double barreled whiskey) are some high-quality, if expensive, expressions.

Speaking of expensive, the Bootleg Series, which launched in 2019, is the creme de la creme of high-priced, rarified Heaven’s Door whiskey. Volume 1 was a 26-year-old whisky of undetermined origin (although the lack of an “e” makes Canada a likely suspect) finished in Japanese mizunara oak. Volume 2 was a 15-year-old bourbon finished in Jamaican rum casks. And the brand-new Volume 3 is a cask-strength (121.2 proof) 13-year-old bourbon finished in Vino de Naranja barrels from southern Spain. Now, when you think of Spanish influence on whiskey, it’s usually sherry-seasoned oak that you’re talking about. But this is a very different finishing process. According to the brand, the barrels used for this secondary maturation previously held a sweet white dessert wine that was macerated with bitter orange peel to pick up flavor and color. The bourbon spent almost a year finishing in these casks, more than enough time to have a significant impact on the whiskey.

The color is dark amber, with what could be interpreted as a slight orange tinge. The nose has notes of rich caramel, vanilla and baked apple. But the palate is where things really start to light up. The mouthfeel is almost viscous, with notes of blueberry jam, marzipan, maraschino cherry syrup and fudge coating your tongue. This is an intense whiskey, teetering on the verge of overpowering the inherent character of the bourbon, but pulling back at the last second with more familiar American whiskey characteristics. I’d venture a guess that any more time spent in these finishing barrels would have inexorably altered this whiskey to the point where it might not be as enjoyable. As it stands now, this would make a nice after dinner dram.

There are only 3,949 bottles available of this whiskey, and each will run you close to $600 (or more, depending on the retailer). Each bottle is a handmade ceramic decanter decorated with one of Dylan’s paintings called “Sunday Afternoon” (remember, he is a visual artist too). And the bottle comes housed in a leather journal with details that are supposed to bring to mind Spanish architecture. The Bootleg Series Volume 3 might not blow as many minds as Dylan going electric once did, but this intriguing dessert bourbon will definitely please fans of the brown spirits category.