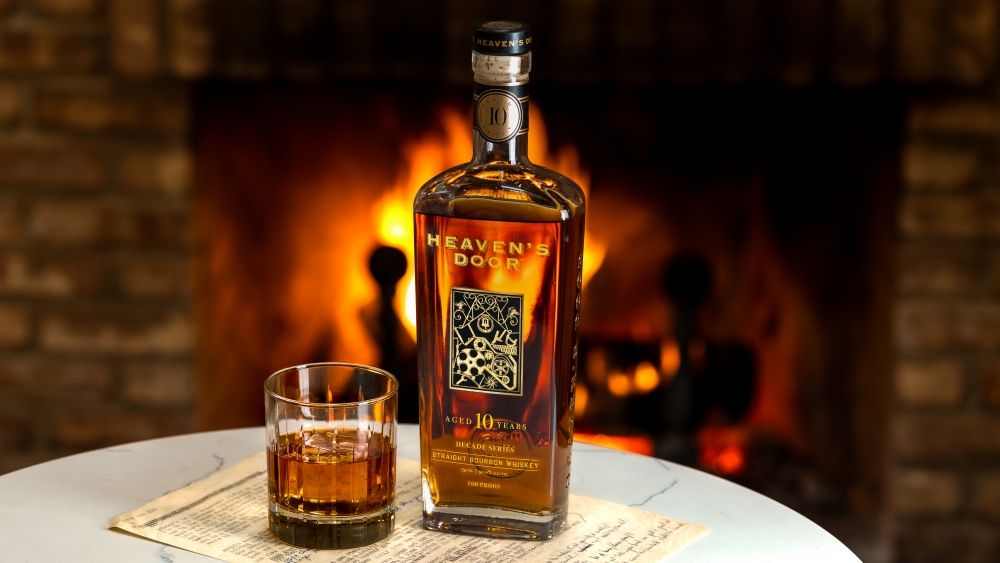 There’s a Bob Dylan studio outtake song from 1963 called “Moonshiner.” In it he sings, “The whole world’s a bottle, and life’s but a dram/When the bottle gets empty, it sure ain’t worth a damn.” Little did he know at the time (unless he totally and completely knew because he’s Bob Dylan) that close to a half century later he’d be making his own whiskey that’s worth more much more than a damn.

Well, he’s not actually making the whiskey, of course, and it’s certainly not moonshine. But Dylan’s Heaven’s Door is a celebrity brand that outshines many other celebrity brands, because it’s actually a really good whiskey. The core lineup consists of three sourced expressions: Tennessee Straight Bourbon, Double Barrel Whiskey (a blend of three liquids aged for six years, then put into virgin oak for another year) and Straight Rye finished in French oak cigar barrels from Vosges, France. Beyond that, there’s been some excellent limited-edition releases, like the Master Blender’s Edition finished in Redbreast casks and the expensive Bootleg Series. A distillery is currently being built in Nashville, but until then apparently there’s more than enough sourced whiskey to go around because the new Decade Series has arrived in the form of a 10-year-old Tennessee bourbon that is a decidedly solid pour.

This isn’t the first time Heaven’s Door has released a decade-old bourbon, but this whiskey is a bit different. According to master blender Ryan Perry (he co-founded the brand with Marc Bushala, who also co-founded Angel’s Envy), the distillation, aging location and mash bill are different for this release. That last point is particularly important, as this is a high-rye bourbon with over 20 percent rye in the mix. The result is a 100-proof bourbon that drinks with a touch of heat and a nice bit of spice on the palate, the perfect complement to classic bourbon notes of vanilla, stone fruit, dark chocolate and a bit of leather and tobacco on the finish.

Back to the whole celebrity brand thing. There’s not a lot of talk from the Heaven’s Door team about Dylan being intrinsically involved in picking barrels, nosing the new make spirit or nerding out on tasting notes at lengthy blending sessions. That because, obviously, he’s not. He’s a famous name and a partner, and his main creative contribution is the artwork on the bottles that is based on his ironworks. Don’t expect to see an Instagram story of Dylan mixing up some Old Fashioneds poolside for a bunch of friends anytime soon. But that’s another appealing aspect of Heaven’s Door—it’s a whiskey that you’d drink even without this Minnesota bard backing it, and this new Decade Series bourbon is a testament to that fact.