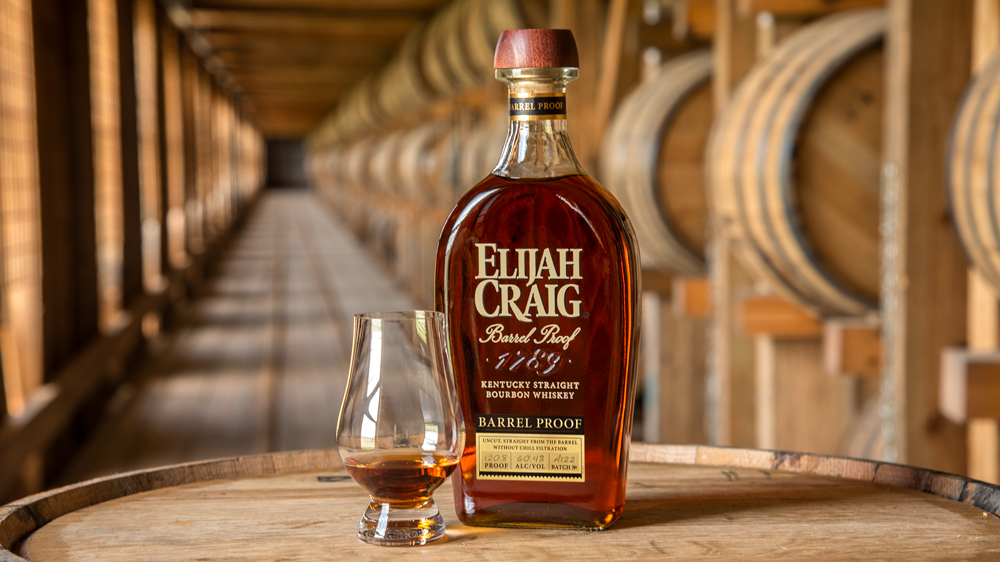 Do you remember back in 2016 when Elijah Craig lost its 12-year-old age statement? Perhaps not, if your whiskey interest isn’t on Marvel Universe fandom level. So here’s the short story—many whiskey fans were frankly OUTRAGED at this injustice, as Heaven Hill (the distillery that makes this bourbon brand) tried to explain the controversy away with statements about increased demand leading to a shortage of aged whiskey. Well, as it turned out, Elijah Craig is still very much alive and kicking, and now consists of liquid aged somewhere between eight and 12 years. And, most importantly, it still tastes pretty excellent, and many who were upset about the age statement drop still consider this to be one of the best bourbons in its price range.

However, if you still want to drink Elijah Craig that is aged for a minimum of 12 years, look no further than the barrel-proof version, which is released three times a year. The first batch, A122 (batch A, released in January of 2022), just hit shelves and it’s a damn good whiskey. Barrel proof means that the whiskey is bottled at the proof at which it comes out of the barrel, as opposed to being cut with water to lower ABV and increase volume. In the case of Elijah Craig, the proof has ranged as high as about 140, which is… challenging. Yes, whiskey fans (myself included) love barrel-proof releases, but there are times when it’s just overpowering and difficult to drink. Of course, you can always proof it down yourself by adding a bit of water, and again that’s one of the pleasures of drinking this type of bourbon—you can literally control its strength as you taste. All that being said, A122 comes in at a really drinkable 120.8 proof, which is strong but entirely palatable without adding any water. It also makes for a supercharged but tasty cocktail like an Old Fashioned.

This new release is a deep rusty amber color and starts with oak, vanilla and grain on the nose (and thankfully doesn’t singe your nostril hairs with alcohol). Then the palate opens up with cherry syrup, black currant, vanilla pudding, chocolate malt, and flambéed peaches—the fruit notes here are strong. Overall, this is an excellent batch of ECBP, and I think it drinks better at this lower proof, although it is certainly a thrill to try it when it veers upwards of 130. While the SRP is about $60, don’t expect to find Elijah Craig Barrel Proof for that price. It’s not like this is skyrocketing to Pappy or Michter’s 20YO prices, but most retailers are selling this bottle for somewhere between $100 and $150. I get annoyed by this kind of unnecessary inflation as much as anyone, but this bottle is arguably worth spending some extra cash on. And the fact of the matter is that as good as regular Elijah Craig is, the barrel-proof version is just better.