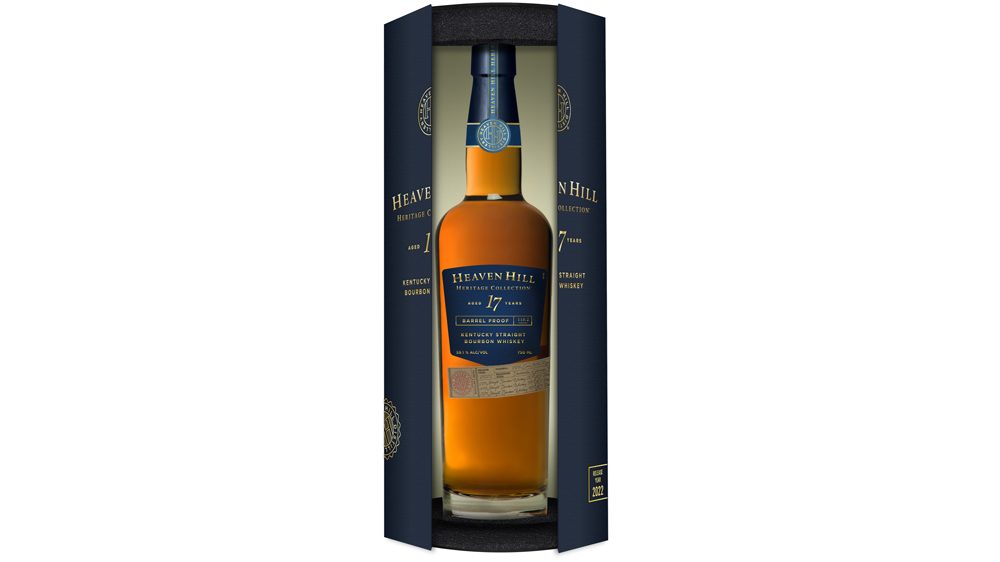 Are you still looking for that elusive bottle of Pappy Van Winkle? Well, more power to you, because there’s nothing more annoying than someone telling you what you should and shouldn’t drink. However, bear with me here, because this new release from Heaven Hill offers an excellent alternative that might be slightly easier to find and marginally less expensive than Pappy.

Heaven Hill just launched the first release in its new Heaven Hill Heritage Collection, a sister series to the distillery’s Parker’s Heritage Collection—the latter focuses on experimentation and different mashbills, while the former will feature one of the distillery’s six unique mashbills for release. The inaugural whiskey is a barrel-proof bourbon bottled at 118.2 proof and made using the distillery’s core bourbon mashbill of 78 percent corn, 10 percent rye, and 12 percent malted barley. The label says the whiskey is 17 years old, but that’s indicative of the youngest whiskey in the bottle, which also includes 19 and 20-year-old bourbon (the exact breakdown: 28 percent 20-year-old barrels, 44 percent 19-year-old barrels, 28 percent 17-year-old barrels).

Which leads me to why fans of older Pappy bourbons should be on alert. Of course, this is not a wheated bourbon and it’s not made at Buffalo Trace, which are significant differences between the two whiskeys. Also, Heaven Hill Heritage Collection has pretty limited availability nationwide, although demand (and familiarity) for it will likely pale in comparison with Pappy. But that’s exactly why you should try this whiskey if you can find a bottle. There are many who find older American whiskeys to be oak bombs, a fair criticism when considering bourbon that’s been inside a barrel for close to a decade. The extreme temperature and humidity fluctuations in Kentucky warehouses usually make less than a decade an optimal maturation period, with six to eight years often considered the sweet spot. So when you come across bourbon aged for more than twice that amount of time that is still utterly delicious, it’s something special. Such is the case here.

The nose is classic bourbon on steroids, with rich notes of vanilla, caramel and butterscotch greeting you before you take a sip. And when that time comes, the first thing that should strike you is that this is just not overly tannic in the way you might expect. Yes, there’s a bit of char and astringency on the palate, but it’s subtle and dominated by notes of plum, almond, pecan, tobacco and even some dark summer berries. At nearly 120 proof, there is some heat here but it’s really nothing to deter you.

Most importantly, the DNA of what makes Heaven Hill bourbon so good shines through, whether it’s Elijah Craig, Evan Williams, or Bottled in Bond. These older barrels were selected from several warehouses, mostly from lower floors which makes sense given the cooler temperatures there and the whiskey’s elevated age. Heaven Hill Heritage Collection will be an annual release, and the bar has been set quite high with this initial expression. So maybe it’s time to transition your hunt for unicorn bottles to this newest kid on the high-priced bottle block. If you are lucky enough to score one, you’ll be in whiskey heaven.