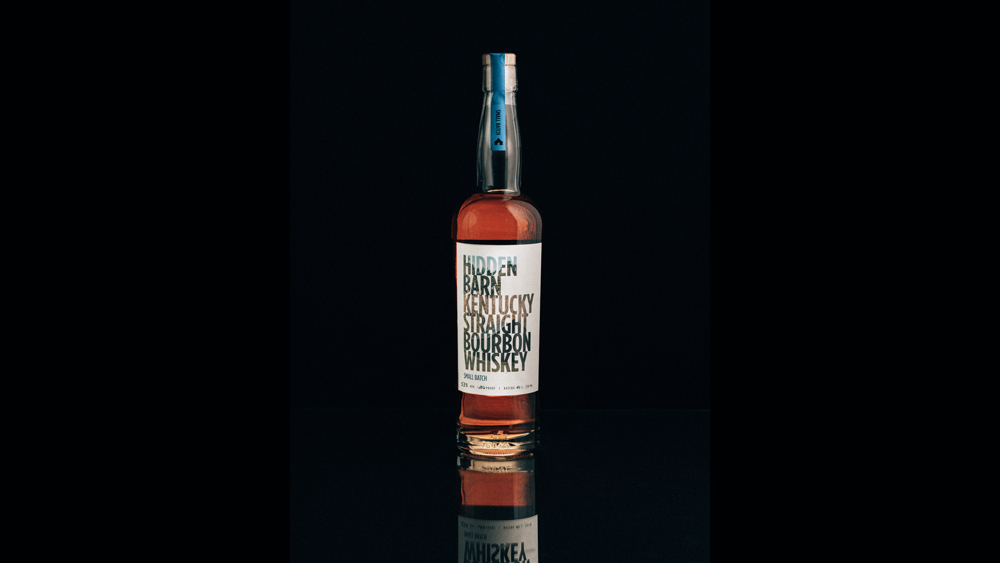 As we covered here recently, ex-Old Forester master taster Jackie Zykan left her job a few months ago to embark upon her own whiskey venture, Hidden Barn. And the first release, a Kentucky straight bourbon whiskey, has dropped sooner than anticipated. It’s a world away from Old Forester in terms of flavor profile, but it’s a solid first foray into the world of blending.

Heading out on your own in the whiskey world is no small feat, particularly in today’s oversaturated market of countless new sourced and in-house-distilled brands and bottles. Everyone is looking for something to make their product stand out, and it seems like Zykan and her team have settled on working with small producers and using her particular palate talent to blend the best batches she can. The full name of this new whiskey  is pretty long: Hidden Barn Kentucky Straight Bourbon Whiskey, Small Batch #001 Whiskey Made the Hard Way series. What that amounts to is bourbon distilled at Neeley Family Distillery in Sparta, Kentucky, relatively unknown in the bourbon world. Zykan, along with her partners Nate Winegar and Matt Dankner of Colorado’s 5280 Whiskey Society, selected just seven barrels for this initial release aged between four and five years.

The mash bill falls into the lower end of the high-rye bourbon category–70 percent corn, 20 percent rye, 10 percent malted barley. Wild yeast was used for a five-day fermentation, the whiskey was double pot-distilled, came off the still at 127 proof and entered standard 53-gallon barrels at 110 proof. It was bottled at 53 percent ABV and is filtered for sediment but not chill-filtered, according to the brand. The first thing that jumped out at me upon nosing this whiskey is just how fruity it is. There’s a bit of wood chips as well, along the lines of that familiar woody craft whiskey sensation, but there are big berry and apples notes that greet you. These flavors follow through on the palate, with a dose of dry tannin, tobacco, vanilla and freshly ground coffee beans.

The flavor profile of the first Hidden Barn release is not in the same playing field as anything you’ve tried from Old Forester or any other major bourbon brand, but that seems to be the point here. And the next release will likely be pretty different from this first batch, which again is how Zykan wants to do things now. This is a good (if not outstanding) whiskey on its own merits, but perhaps what might be most interesting is how it marks the beginning of Zykan’s career post-Old Forester. Bourbon fans should give this a try, and I’m already looking forward to seeing what comes next–which according to a rep for Hidden Barn, will be announced soon.