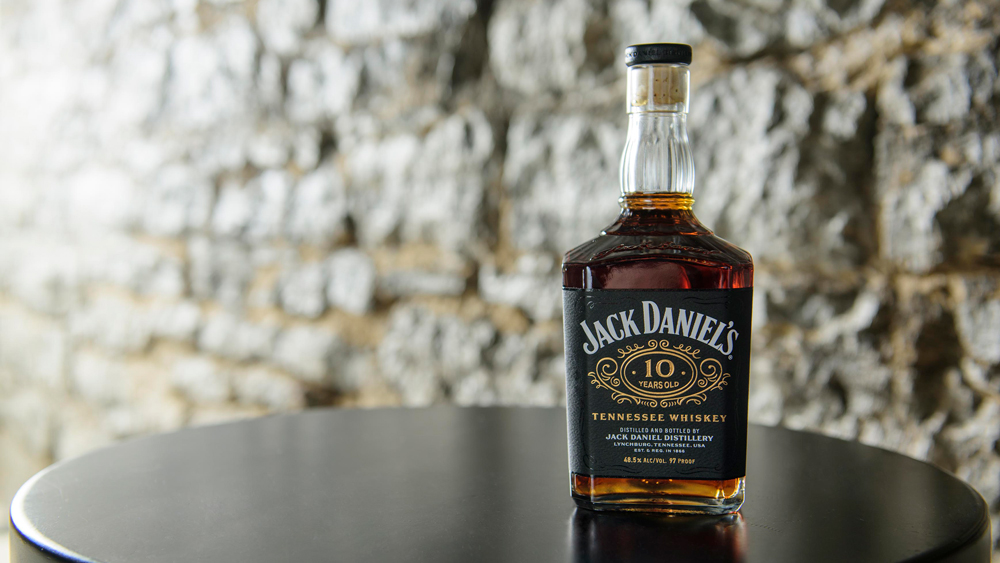 Generally speaking, if you’re a Jack Daniel’s drinker you’re not a whiskey fan who cares about age statements. Not that you should be, because, of course, older whiskey doesn’t necessarily mean better whiskey, although it virtually always means more expensive whiskey.

Nonetheless, I was really excited to give this 10-year-old version of Jack Daniel’s a try to see how it compared to Old No. 7, a whiskey that, admittedly, rarely crosses my lips. This is the first age-statement expression from the Tennessee distillery in over a century, which really enthused master distiller Chris Fletcher. “The DNA of the whiskey is still Old No. 7,” he said on a recent Zoom call, meaning that it starts out as the same 80 percent corn, 12 percent malted barley, 8 percent rye mash bill as the classic. And it’s charcoal filtered, or “mellowed” as Jack likes to call it, before barreling—as is required for all Tennessee whiskey (which is really bourbon, but that’s been covered before).

Fletcher said he started the process by tasting batches that were about five to seven years old that were destined to become single barrel releases—arguably some of the best Jack Daniel’s expressions to come out in recent years. These were on the top floor of the warehouse, but at about eight years old three lots were moved to the bottom floor of the coolest warehouse at the distillery to slow down the extraction process from the wood. Finally, after a decade of maturation, the whiskey was dumped and bottled at a higher 97 proof (compared to 80 for Old No. 7) without chill filtration, both of which are welcome steps in retaining the flavor of this well-matured Tennessee whiskey. The plan is for this to be an annual limited release, and Fletcher hinted that he and his team are letting some barrels go even longer to see how the whiskey will taste at an older age.

The 10-year-old is a lovely whiskey, recognizably Jack Daniel’s as Fletcher intended, but with much more pronounced oak, fruit and tannin notes. The banana and brown sugar backbone of Jack is present on the palate, along with raisin, fig, caramel and some maraschino cherry. There’s a bit of dryness on the back of your tongue as you sip, but this is a pleasant sensation and not overpowering. Drinking the 10-year-old kind of feels like catching up with an old friend who you haven’t seen for years and happily discovering how much they’ve matured. There’s nothing wrong with the youthful version you are so familiar with, but it’s really enjoyable to see how things have progressed.

The bottle’s label has an appealing throwback design, with a version of the cartouche that originally appeared on age statement Jack a century ago. Even if you are not a regular Jack Daniel’s drinker, give this whiskey a try to see how a much higher proof and about twice as long in the barrel transforms this classic Tennessee whiskey.