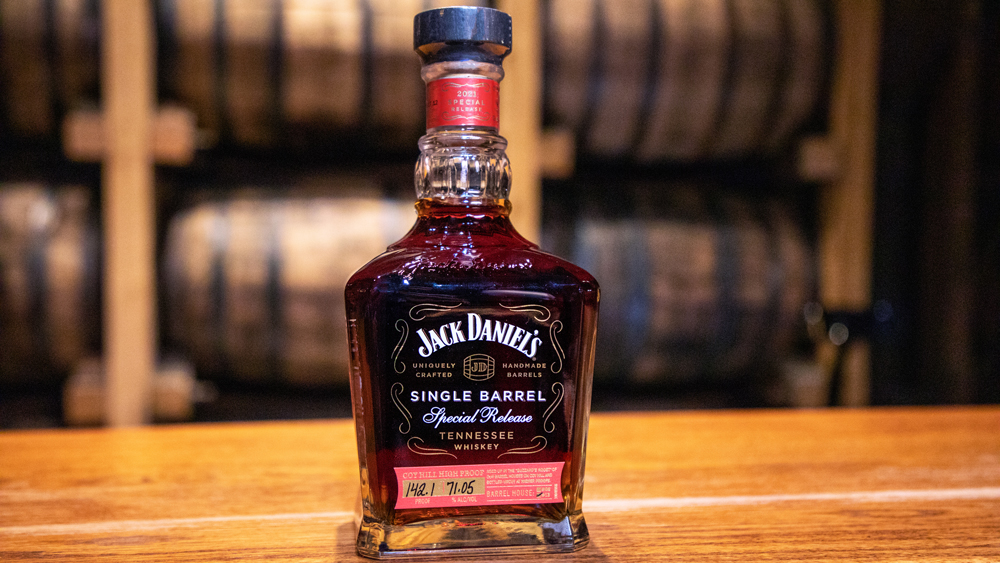 How low can your whiskey’s proof go? Well, we actually know the answer to that: 80 proof, or 40 percent ABV. But how high can it go? That’s an open-ended question that depends on many factors: the proof to which it’s distilled (160 is the limit for bourbon), the proof at which it goes into the barrel (125 is the maximum), the climate where the barrels are stored and how thirsty the angels are for their share. For Jack Daniel’s Old No. 7, the ubiquitous Tennessee whiskey that is wildly popular around the world, every bottle is cut to 80 proof, the bare minimum required. But many whiskey fans prefer higher proof spirits for their flavor and complexity—the less water added, the closer it is to sipping from the barrel.

Jack Daniel’s sees you, high-ABV fans. The brand-new 2021 Single Barrel Special Release, Coy Hill High Proof, is the highest-proof whiskey ever released by the distillery. As a single barrel product, the proof varies between 137.4 and 148.3 depending on the bottle. Let’s be clear, that’s really, very, extremely, definitely high. The sample I received met that latter mark, which may very well make it the strongest whiskey I’ve ever tasted. Of course, high-proof whiskey doesn’t necessarily mean good whiskey, just like old whiskey is not necessarily an indicator of quality, so how does this bottle stand up?

First some technical details. The barrels were aged on the top levels of the oldest warehouses at the distillery on Coy Hill (hence, the name), which is the highest hill on the grounds. The mash bill is the same as virtually all Jack: 80 percent corn, 12 percent malted barley and 8 percent rye. It’s charcoal filtered before barreling, also known as the Lincoln County Process, which is legally required for all Tennessee whiskey. The whiskey was aged for nine years, and there are about 27,000 bottles that came from this batch.

The first thing you notice is the color—an intense, deep, dark chocolate amber, much darker than a regular bottle of Jack. The nose is rich with vanilla and tropical fruit, and surprisingly doesn’t blast you in the olfactories with alcohol given its strength. But then you sip it and… wow. The signature banana and fruit of Old No. 7 is nearly wiped away, replaced by a hot wave of vanilla, caramel, brown sugar and cinnamon Red Hots. This is enjoyable, but it might be best to see how a bit of water opens things up here. The nose broadens a bit and the signature banana note starts to creep back in. On the palate, the same flavors are there but softened and the heat is reduced to the level of a spicy hot toddy as it hits the back of your throat.

This is a tasty whiskey, but how exactly are you supposed to drink this? I’d recommend slowly and in small sips, and don’t be afraid to add a splash of water or some ice to proof it down a bit. Some might consider this a gimmick, but Jack Daniel’s master distiller Chris Fletcher doesn’t seem terribly inclined to release gimmick whiskeys. And being able to sample Jack at this extremely high proof arguably helps you to understand Old No. 7 better, because ultimately this is where the whiskey starts (albeit maybe usually not at such an extreme ABV). These barrels could have been cut down and married with others to join the flagship expression, but I’m glad they were left alone and we can sample it this way. Will I be making this my evening tipple? Probably not, but it’s one that will be fun to open and share with friends every once in a while.