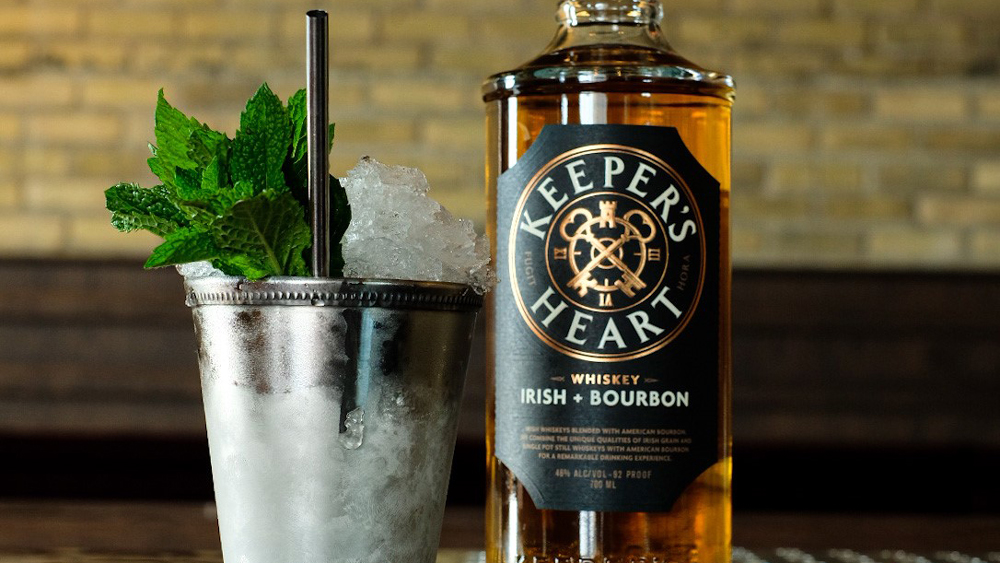 It’s the little details about whiskey that are sometimes the most fascinating. For example, an interesting question (at least for whiskey nerds) was posed at a recent event unveiling the new Keeper’s Heart Irish + Bourbon, a combination of Irish whiskey and American bourbon blended and sourced by the new O’Shaughnessy Distilling Co. in Minneapolis. What would the Irish whiskey components in this blend be classified as, if made exactly as they are in Ireland, but distilled here in the US? The answer was, surprisingly, light whiskey, due to the high distillation proof. Just goes to show how important geographical indicators and laws are in the world of whiskey. But okay, enough geeking out, let’s move on to the whiskey at hand.

Some whiskey industry vets are behind this new venture. Brian Nation is the master distiller, who previously held that important title for Irish Distillers in Cork, where he was responsible for overseeing some of the biggest Irish whiskey brands in the world which are produced at the Midleton Distillery. And David Perkins has taken on the pleasantly vague-sounding role of “liquid collaborator and adviser.” Perkins founded Utah’s High West distillery, which expertly blends and sources bourbon and rye (it distills in-house now as well). This isn’t the first time Irish and American whiskey have been incorporated into a blend, but it’s one of the better examples of this unconventional style.

On the nose, the whiskey is light and grassy, with a bit of fruit and fresh wood. It is distinctly un-bourbon from start to finish, as it should be, but the best thing about it is that the character of the different whiskey elements are highlighted instead of masked. The fruit and spice from the pot still shines through, along with some vanilla and espresso notes from grain, and even more vanilla and a touch of char from bourbon. I had a chance to try the individual components of this blend, and the pot still in particular was excellent, so quality of the sourced whiskey doesn’t seem to be an issue here.

O’Shaughnessy seems to be generally following the same model as High West, revealing as much information about what’s in the blend without violating NDAs and encouraging copycats. This is an interesting whiskey that I would certainly recommend in a cocktail, and while it might not blow your mind it is absolutely worth giving a try. And given the knowledge of the team behind the liquid, I’m looking forward to trying the whiskey currently being distilled in Minnesota in a few years, especially if they are distilling any Irish-style whiskey domestically.