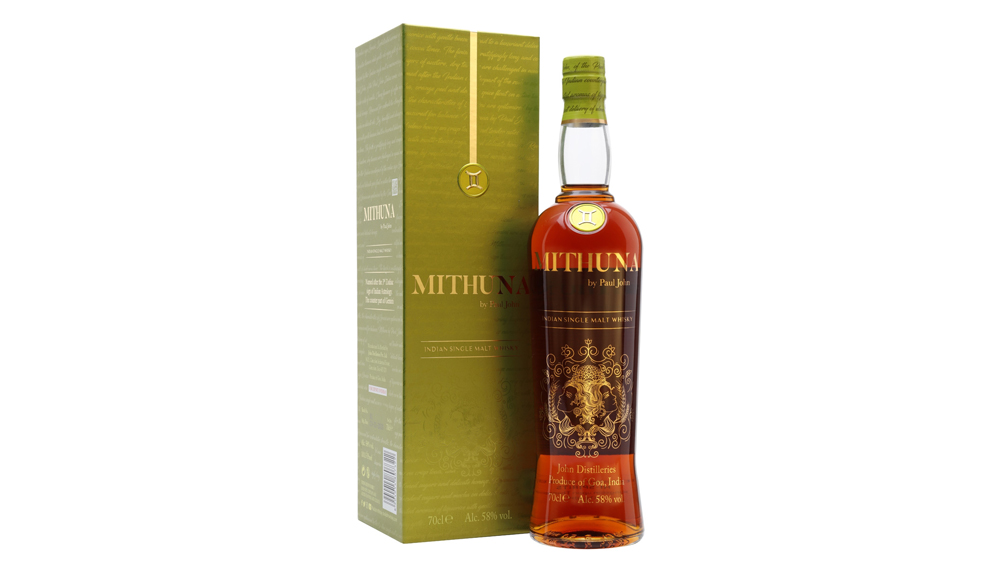 Whiskey fans who dive deep into the expansive world of uisce beatha (“water of life” in Gaelic, for the uninitiated) already know that India is a country that should not be overlooked. If you haven’t yet explored the delightful whisky of this region, Paul John is a great place to start. The distillery, named after its founder, started up back in 1996 in the state of Goa. While that might seem relatively new, let’s recognize that many brands’ backstories about their centuries-long history are often marketing detritus, so nearly three decades is ample time to hone your craft. And that’s just what Paul John has done, particularly with its best-selling blend Original Choice Whisky (Sazerac owns a piece of the company, for what it’s worth). But while this Indian version of Johnnie Walker might be its bread and butter, the distillery has also been making some really excellent single malts since 2012.

Last year, Nirvana was launched, a really decent entry-level whisky that happens to work particularly well in a highball. And this spring, the second entry in the distillery’s Zodiac series was released, a 58 percent ABV unpeated single malt called Mithuna (said to be named after the Indian counterpart to Gemini). The whisky has no age statement, but according to the distillery it’s aged in virgin American oak and finished in ex-bourbon barrels. Keep in mind, it’s hot and humid in Goa most of the time, so there’s a high angel’s share (8 percent according to the distillery) and the whisky tends to “age” rapidly in this type of climate, meaning the interaction with the wood of the barrel is more pronounced over a shorter period of time than it would be in Scotland, for example. Like all Paul John single malts, it’s non-chill filtered with no color added.

After trying Nirvana, I wasn’t really quite sure what to expect from this new whisky, but I was pleasantly surprised by how good it is. (Whiskey writer Jim Murray rated it the “third finest whisky in the world” of 2020, and of course compared it to having sex, but does anyone still really care what he thinks?) There’s a subtle whiff of banana on the nose, followed by cherry and cinnamon notes that counterbalance the sweetness. The palate is dominated by a strong but sweet combination of spice, along with chai (really, not just because this is Indian whisky!), candied orange, sweet vanilla, fig, custard and raisin. As your sip fades, anise and honey intermingle on the finish. That sounds like a lot going on, and it is, but it all comes together somehow.

Mithuna became available for the first time in the U.S. this past spring, starting with a rollout in California, Florida, Boston, Texas, Michigan, Ohio, New York and Washington. At $300 per bottle, this whisky better be good—that costs more than some seriously hyped (and delicious to match) bourbons. While the price does seem a bit inflated, Mithuna is a solid offering that is worth seeking out and trying. This might not be the best whiskey you drink this year, but it very well may be the best Indian whisky you drink, and that’s saying a lot as the country continues to gain recognition for producing interesting and delicious single malts.