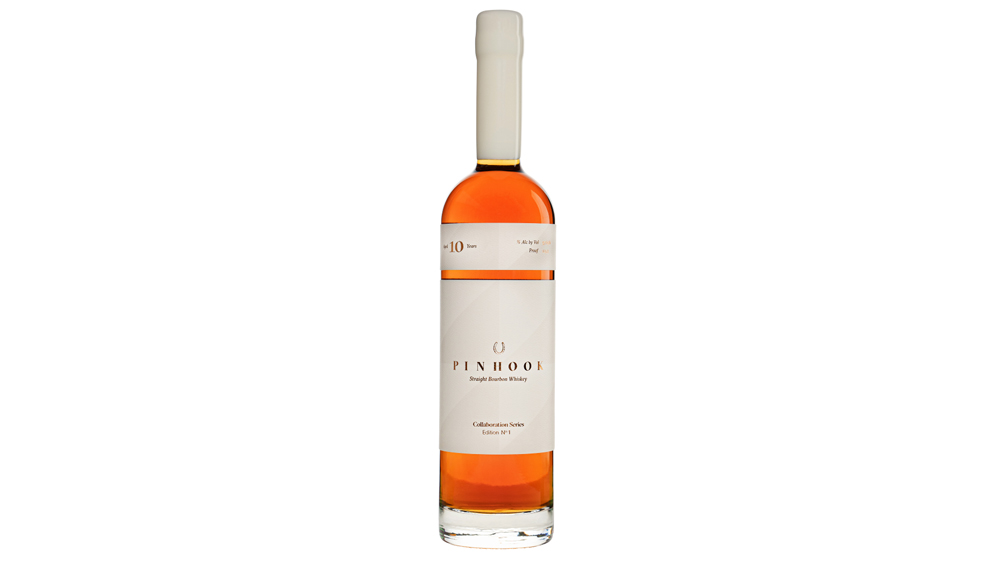 This first collaboration release from Pinhook is not just about barrel selection and blending, it’s based on a longstanding friendship with a healthy dose of professional admiration and respect. Pinhook is a whiskey brand co-founded by Sean Josephs, who also serves as master blender. Josephs has a long background in the restaurant world and was instrumental in opening Char No. 4 and Maysville in New York City and Kenton’s in New Orleans (all have since closed). Before that, he worked at Per Se in New York where he met André Hueston Mack, and the two became fast friends. Mack moved on to found Maison Noir Wines and was the first African-American to earn the title of Best Young Sommelier in America from Chaîne des Rôtisseurs.

Fast forward to 2021, and the two have drawn on their sommelier backgrounds to select the barrels for this whiskey release. Pinhook is not a distillery; instead, it sources its bourbon and rye, releasing a new vintage every year. Previous expressions consisted of whiskey from MGP, the Indiana distillery behind so many different brands. But more recently Pinhook has been working with Castle & Key, a distillery that revitalized the Old Taylor Distillery in Frankfort, KY, to contract distill its whiskey. The first Castle & Key produced whiskey for Pinhook came out in 2020, a young rye with a mash bill of 60 percent rye, 20 percent corn and 20 percent malt.

In 2012, Pinhook acquired ten barrels from Wyoming Whiskey, a small distillery out west that is now part of the Edrington family (the Scottish company behind The Macallan and Highland Park). The mash bill of the whiskey, which was separated into two five-barrel batches, is 68 percent corn, 20 percent wheat, 12 percent barley. It was matured for 10 years and bottled at an assertive 115.3 proof. This means that it veers towards the hotter side of the palate, so a drop or two of water does work well here, although by no means is it required. An initial sip begins with syrupy fruit and spice notes, which could almost fool you into thinking this is a sherry cask-finished whiskey. This is quickly followed up by ripe peach, juicy plum, some red hot cinnamon and burnt vanilla. And underscoring it all, there are some savory barbecue sauce notes, which may sound odd but are actually a lovely if subtle contrast to the whiskey’s sweetness.

Overall, Pinhook’s first Collaboration Series is a solid and bold bourbon, and something altogether different from previous releases. But that’s a welcome feature, because ideally an expensive special edition whiskey shouldn’t be too similar to what has already been bottled. If you’re already a fan of Pinhook, or if you’ve tried younger, lower-proof Wyoming Whiskey before and enjoyed it, or if you’re just looking for something unique to add to your bourbon collection, give this whiskey a try.