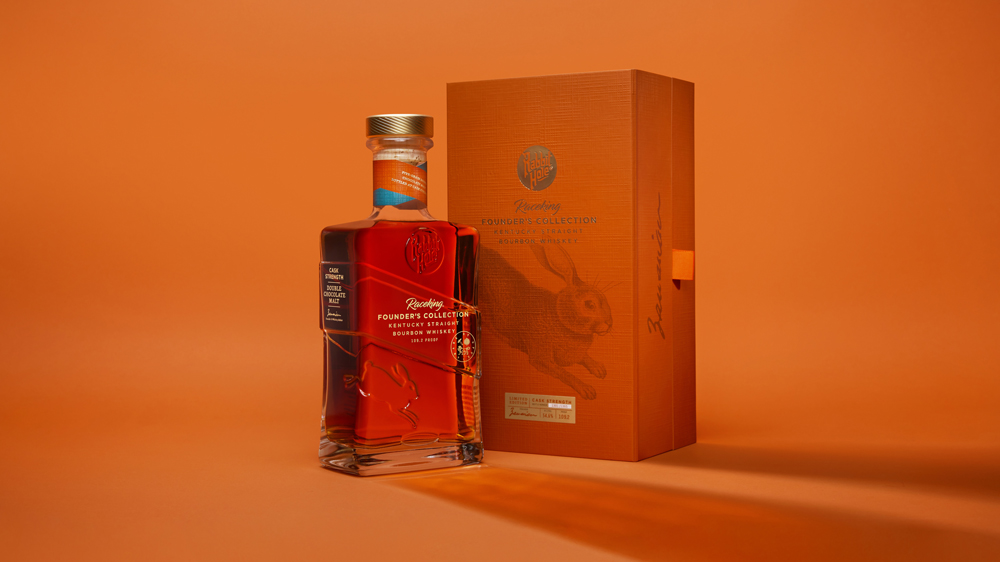 Rabbit Hole is a relatively new distillery, having been founded by former psychologist Kaveh Zamanian in Louisville in 2012. The distillery is making its own whiskey, but in the meantime it has been releasing contract-distilled bourbon and rye from an undisclosed distillery. Rabbit Hole arguably left the “craft” designation behind after Pernod Ricard acquired a majority stake in 2019. But the spirit of innovation and ambition to make a product that stands out in the crowded Kentucky whiskey field has continued on.

Zamanian launched the high-end Founders Collection in 2020, and so far it has included the excellent six-year-old cask-strength Boxergrail Rye and a 15-year-old bourbon finished in Japanese Mizunara oak. The most recent entry into this expensive, limited-edition series is Raceking, named in honor of Kentucky’s long horse racing tradition. This is a unique five-grain bourbon that uses chocolate malt in the mash bill—specifically, 70 percent corn, 13 percent rye, 10 percent malted rye, 4 percent chocolate malted wheat and 3 percent chocolate malted barley. The malted wheat and rye come from Germany, the barley from the UK, and the rest of the grains are domestically grown.

While this may conjure up images of delicious dark chocolate truffles, it’s really more about experimenting with the effects of malted grains on a whiskey. The “chocolate” in the name refers to the dark color that the grain takes on after being roasted, which often does translate to deep cocoa and chocolate flavors according to many distillers. Chocolate malt is often used to make stout beer, and a few years ago scotch distillery The Balvenie released a 26-year-old single malt made using this type of barley.

Indeed, the intended flavors do come through on the palate of Raceking, and particularly on the finish where rich dark cocoa notes intermingle with a lingering spiciness. There are also notes of tobacco, dried cherries, fig, vanilla and toasted pecan along for the ride. The whiskey has no age statement but it’s at least four years old, it’s non-chill-filtered and bottled at cask strength of 109.2. This gives it heat, but nothing overpowering that requires adding water. It’s limited to just 1,365 bottles with a price tag of $295 each.

This is a tasty bourbon that does indeed stand out from the competition. It’s not that Raceking is necessarily a superior whiskey in comparison to other tried and true Kentucky bourbons, but the personality of this singular mash bill shines through, and that is the whole point here. According to Zamanian, the idea was to spark conversation about stasis and innovation in the whiskey world, and in that regard Raceking is a resounding success. $300 does seem like an exorbitant price to pay for this bottle, but if you’re curious about how different mash bills translate the flavor or bourbon, and why wouldn’t you be, give this one a try.