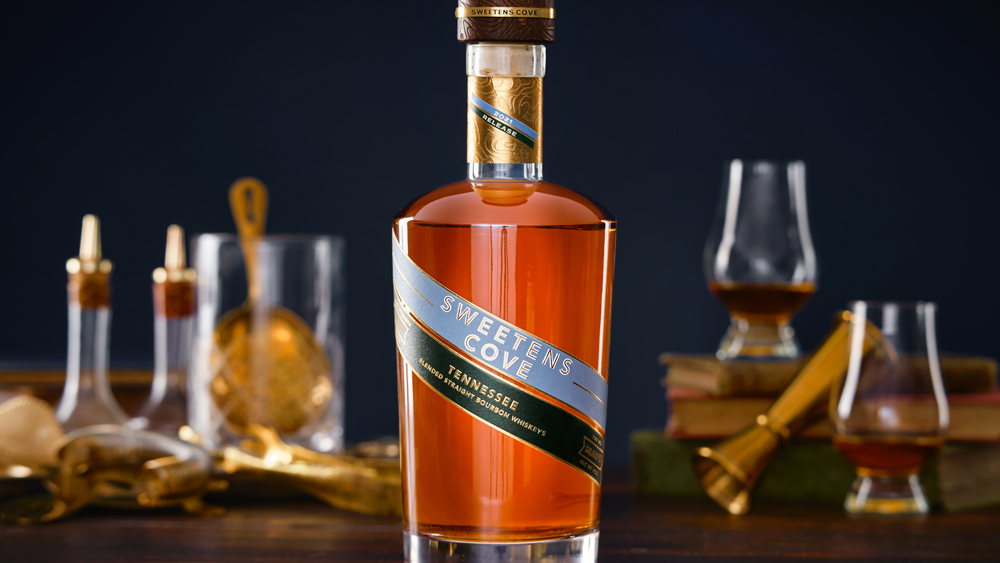 The world of celebrity-backed booze brands continues to expand, and people certainly have some feelings about this trend. However, when the team behind the spirit is truly focused on putting together a high-quality release, it’s hard to be overly concerned with whatever movie star or musician has lent their name to it. That is indeed the case with Sweetens Cove, the Tennessee bourbon named after a golf course and founded by star athletes Andy Roddick and Peyton Manning, among a few other backers. But the actual star here is Marianne Eaves, who previously worked for Brown-Forman and Castle & Key, where she held the title of master distiller, and currently curates a bourbon blind tasting kit subscription service called Eaves Blind.

For Sweetens Cove, Eaves’ job is master blender, meaning she’s responsible for sourcing the barrels of Tennessee bourbon that go into the whiskey and deciding exactly how to piece this liquid puzzle together. The first Sweetens Cove release, a 13-year-old bourbon, came out in several batches last year. For the spring 2021 expression, Eaves selected 264 barrels distilled in Tennessee on five different production dates at undisclosed distilleries, ultimately landing on bourbon aged for four, six and 16 years in the blend. It was bottled at a cask strength of 113.7 proof, with about 42,000 bottles hitting the market initially in Texas, Colorado, Louisiana, with some more states to follow and potentially being made available to purchase online in the coming year.

So what’s all the fuss about? After all, you could likely get your hands on comparable whiskey from Tennessee for the same price or less. But the results speak for themselves here, proving that Eaves has the patience and palate to tackle this blending job. Her take on the different character of each bourbon is that the oldest was like an aged red wine, the six-year-old was full of oak and fruit and the youngest popped with bright vanilla and citrus. These notes all come into play, amplified by the high but not overpowering proof, but there’s more to it than that. For seasoned whiskey drinkers, this immediately and recognizably reads as Tennessee whiskey, but with a mouthfeel and flavor profile that soars above many other readily available bottles. The nose leads with bold prune and spice notes, the latter of which plays with a deep caramel sweetness and pronounced grain and nut flavors on the palate. The finish is pleasantly hot, and takes a moment to fade, only interrupted by the second sip that inevitably will follow.

If you happen to have a bottle of the 2020 release, try the two side by side to see how they compare. And it might be worth saving a little to see how future releases that Eaves and the team will undoubtedly put together progress in flavor and concept. Granted, Sweetens Cove will not be for everyone—if you’re looking for classic Kentucky bourbon, this ain’t it (literally, it’s not Kentucky bourbon, remember?). But this is indisputably a delicious luxury whiskey that connoisseurs will savor, and is a testament to the skill that goes into the blending process.