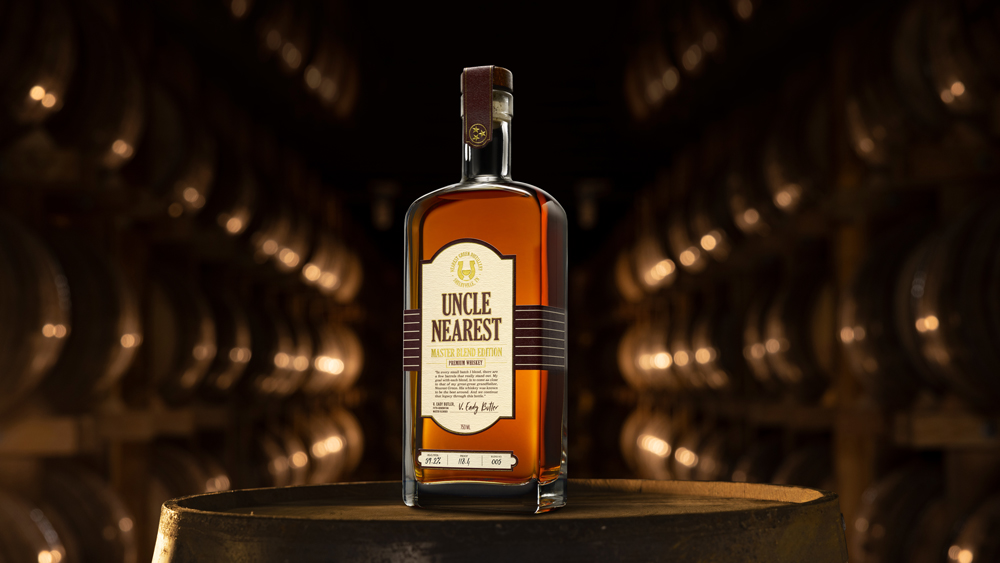 Uncle Nearest has reached a milestone with the release of its new Master Blend Edition. No, the whiskey isn’t coming out of the new Shelbyville, TN distillery just yet. This facility opened its doors recently, so it’ll be a few years before we get to try any of the whiskey actually distilled there (which will be produced in small batches). But this new release is the first contract-distilled Tennessee whiskey from the brand. In other words, up until now Uncle Nearest has been bottling whiskey sourced from other distilleries where it’s produced and aged (the names of which are undisclosed). But the new Master Blend Edition was distilled and aged to specifications set by the team at Uncle Nearest. This blend is made up of barrels laid down in 2017, making this whiskey around 4.5 years old, and the result is a very different whiskey from the others you may have tried from Uncle Nearest thus far.

For those unfamiliar with the brand, it’s named after Nathan “Nearest” Green, the man who started making whiskey while enslaved in Tennessee in the 1850s. He is now credited with teaching Jack Daniel the trade, and is officially recognized as being the first master distiller for Jack Daniel’s. In 2016, entrepreneur Fawn Weaver created the Uncle Nearest Premium Whiskey brand. She hired master blender Victoria Eady Butler, a distant descendant of Green, who became the first Black woman master blender in American whiskey. She is also a director of the Nearest Green Foundation, a nonprofit dedicated to helping Green’s descendants pay for school as well as keeping his story alive. Uncle Nearest has proven to be a very popular whiskey, and recently the company collaborated with another Black-owned brand, Ten to One, on a rum that was finished in Uncle Nearest 1856 whiskey barrels.

The new Master Blend Edition is bottled at a hefty 59.2 percent ABV, which certainly makes it a higher-proof whiskey. The nose is fragrant with floral and fresh apple notes, along with some cinnamon and a brief whiff of alcohol. On the palate, this is clearly a younger whiskey, but not immature exactly. There’s a bit of fruitiness and wood swirling underneath a base of chocolate, orange and salted caramel. The brand doesn’t reveal where its whiskey is sourced (or contract-distilled for that matter), but one likely suspect has always been Cascade Hollow where George Dickel is made. This makes sense given the age of the whiskey in the core lineup, and the flavor profile’s nutty, grainy character that brings to mind Tennessee’s second best-known whiskey. Those notes are really not present here, perhaps by design or possibly due to the whiskey’s younger age. But this is indeed Tennessee whiskey, meaning it’s produced in the state and undergoes the Lincoln County process before barreling, a step that involves filtering the spirit through sugar maple charcoal.

For the time being, Uncle Nearest Master Blend is only available for purchase at the distillery itself, and supplies are limited. Should you head to Tennessee to grab a bottle of it? Maybe only if you are a true Uncle Nearest superfan, or just really want to track the progression of this fast-growing brand. Overall, this is a decent whiskey in its own right, but it’s more notable as an interesting step in the distillery’s journey, and hopefully an indicator of good things to come.