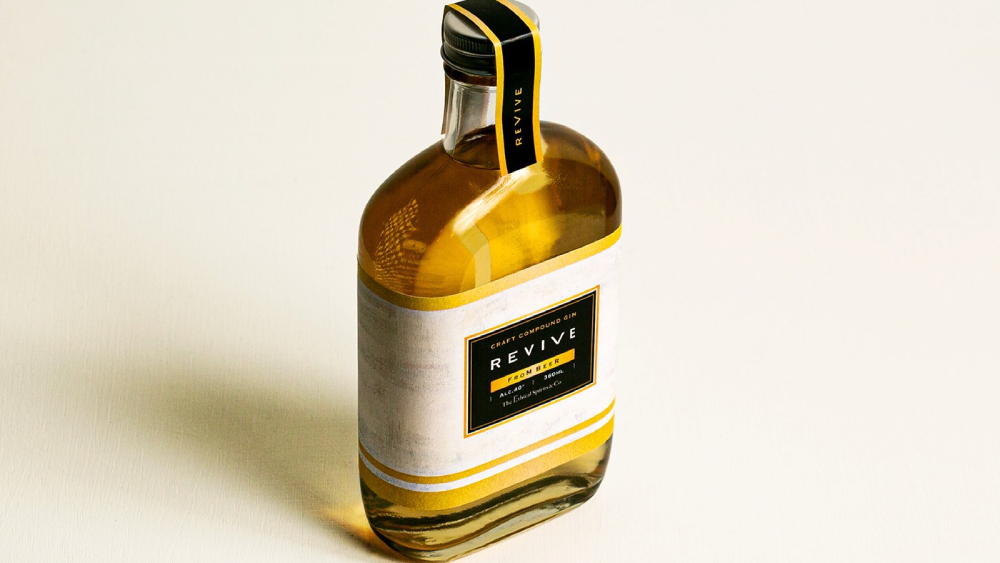 Sales for the staple brew have slid 52 percent in Japan since the start of the coronavirus pandemic, a major problem if it’s your primary stock and trade. To salvage the situation, Anheuser-Busch partnered with Tokyo-based distiller Ethical Spirits to devise a novel solution: they would recycle 80,000 Budweiser beers and turn them into gin.

As its name suggests, Ethical Spirits was founded on using sustainable practices in the production of its spirits and built a reputation on its gin made from sake production sediment. Partnering with Gekkeikan, Japan’s oldest sake producer still in business, it took an estimated 20,000 liters of the ale and infused it with beech tree chips, juniper berries, hops and lemon peel to produce a more complex flavor profile.

The distillation process infused the excess beer with everything from juniper berries to lemon peel.  Ethical Spirits

The finished craft spirit has a light and slightly sweet taste the brand believes pairs well with richer desserts. And in terms of appearance, its subtle golden hue instantly sets it apart from its crystalline peers and indicates its unusual base.

Anheuser-Busch isn’t the only alcoholic beverage purveyor feeling an economic crunch as of late. Though sales of wine and liquor initially spiked during the beginning of the Covid-19-induced lockdown, those numbers have since fallen precipitously worldwide. Experts believe the drop has to do with the parallel decreases in travel and meals eaten out at restaurants. Some predict things won’t fully recover for the industry until at least 2024.

Available for $52 a bottle, Revive Gin can be found on the Ethical Spirits website along with its other premium creations. A portion of the proceeds from Revive will go to benefit Music Cross, a non-profit working to support Japan’s struggling live music scene which has been crippled by the coronavirus.