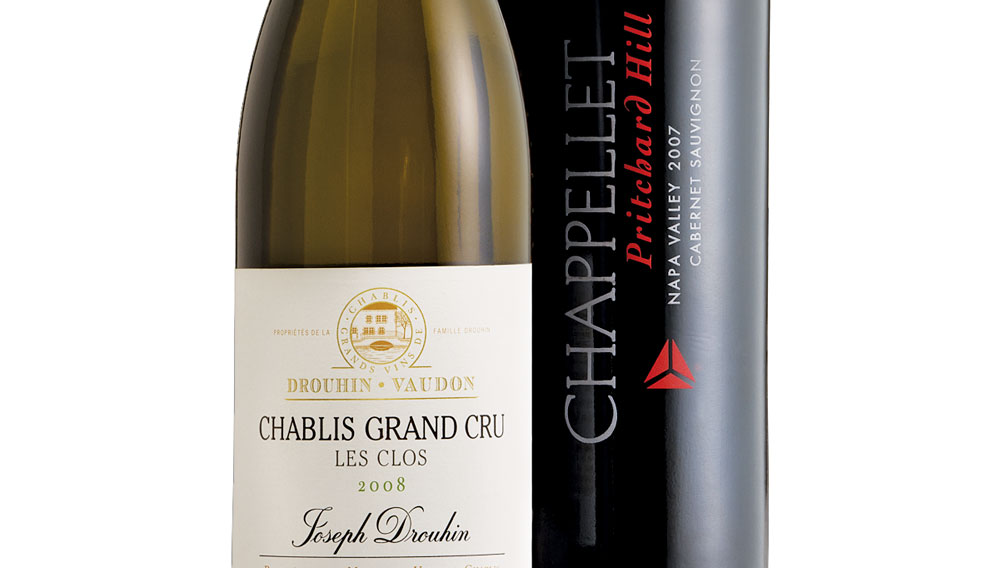 With the arrival of Prohibition in 1919, Napa Valley’s once-thriving family wineries—most of which belonged to European immigrants who had brought with them their native winemaking traditions—closed down, and the vineyards that supplied their fruit went fallow or were replanted as orchards. When wine production re-emerged in the postwar years, many of the techniques used by those early settlers were long forgotten; instead, most producers followed modern agricultural practices intended to maximize crop yields, such as planting on the fertile valley floor. Yet a few intrepid growers took to the hills in the 1960s, as their immigrant predecessors had done a century before. Donn Chappellet was one such maverick. On the advice of consultant André Tchelistcheff, the Southern California businessman and his wife, Molly, pursuing their dream of making fine wine, purchased land on Pritchard Hill located 1,200 feet above Lake Hennessey. As Tchelistcheff predicted, the elevation of the vineyards imbued their red wines with the unique complexity that distinguishes the Chappellet 2007 Pritchard Hill Cabernet Sauvignon. This dark red wine offers up powerful aromas of wildflowers, boysenberry jam, and licorice. This potency does not diminish on the palate, where a medley of fruit, including blackberry and black plum, dissolves into a smoky finish of cocoa and coffee. ($135) www.chappellet.com

Moulin de Vaudon, the idyllic property on which Joseph Drouhin’s winery in Chablis is located, is home to a converted 18th-century mill. Here, Chardonnay grapes from the Drouhin family’s nearby vineyards—which include more than eight acres of land in four of the region’s seven grand cru vineyards—are transformed into some of the world’s best white wines. The spellbinding Drouhin Vaudon 2008 Chablis Grand Cru Les Clos presents a bouquet of lemon zest, kiwifruit, honey, and brine that contrasts with the wine’s crisp palate, which evokes flavors of sweet herbs, white tea, and cool mineral. ($80) www.drouhin-vaudon-chablis.com