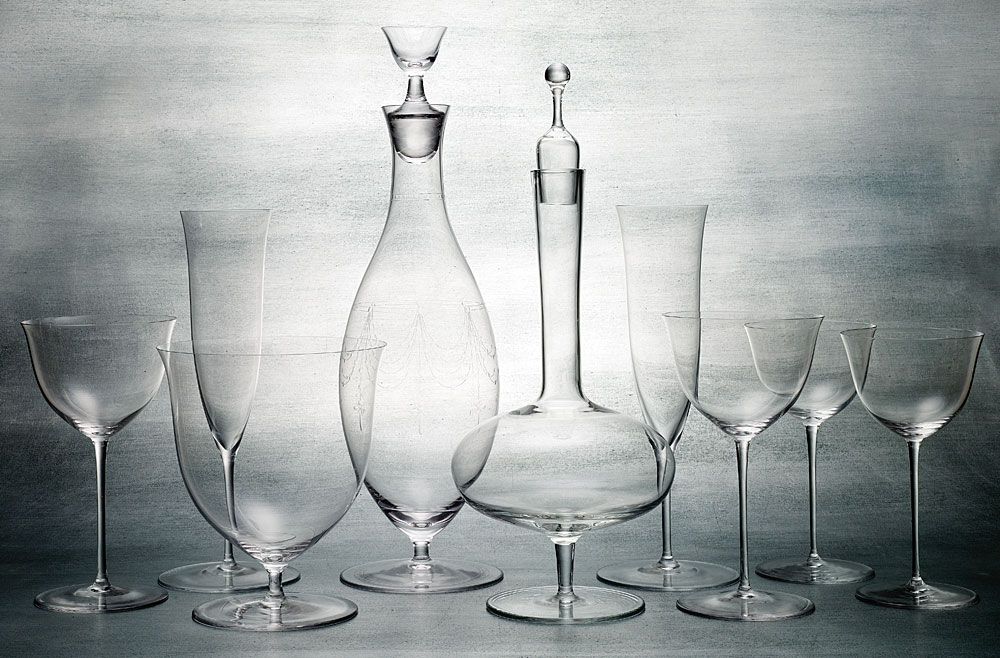 Before austrian architect Oswald Haerdtl (1899–1959) taught at Vienna’s School of Applied Arts, he studied there under Josef Hoffmann (1870–1956), a leader in Europe’s modern architecture movement. Hoffmann’s influence seems evident in Haerdtl’s Ambassador liqueur decanter (fifth from left). The crystal vessel—a 1925 design from Haerdtl’s Ambassador Service, part of the Museum of Modern Art’s permanent collection—exhibits the pure form and geometry that denote Hoffmann’s works. Among these are the Palais Stoclet, a Brussels mansion that he designed in 1905, and his 1917 glassware series Patrician (shown flanking the Ambassador). As the glasses attest, the similarities between the architects’ styles were, at times, transparent.