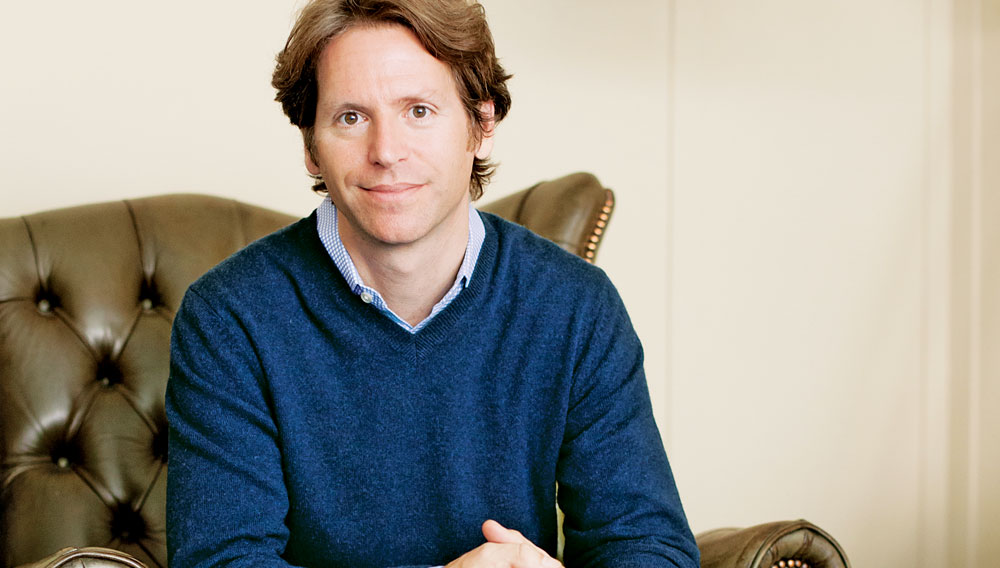 Napa Valley wine flows more freely than sap through Trevor Traina’s family tree. He and his mother, brother, wife, and father-in-law all own vineyards—as do his stepsiblings, who inherited the ones belonging to his and their late father. Traina, for his part, inherited the collecting gene from his parents, focusing his efforts on photography; last year, he exhibited more than 100 of his treasures at the de Young Museum in San Francisco. The latest project of the self-described “serial entrepreneur” is IfOnly (see “Experiences in Store,” page 66), a service that offers its members a variety of unrivaled adventures. When not pursuing photographs, launching new Internet companies, or savoring wine, Traina revels in watching his son and daughter (ages 5 and 4) grow up. “My wish for them,” he says, “is that they find their own causes to care about, and that they apply their talents and abilities to making a difference.”

In 2006, you and your wife, Alexis, sat for a photographic portrait by Larry Sultan. How did that experience affect you as a collector?

Photos seem so quick and capricious, but often the photographer has a great deal of setup to do in order to get the shot. Sitting for an art photograph for the better part of an entire day made me realize how much work goes into making these things look quick and easy.

Is there a personal space in your home where you’ve placed a photograph from your collection to view it often?

My private office in my house is actually the only room that doesn’t have photography. It’s full of paintings—Albert Bierstadt, Maynard Dixon. I am a patriot, and I love the West. Whenever I look up, I see desertscapes and mountains, and it centers me.

You once said, “Every piece in my collection I had to fight for.” Which photograph did you fight for most fiercely?

One of my favorite artists is William Eggleston, and I have a vintage Red Ceiling, a very beautiful photograph of his. When I found it, I had the opportunity to buy either [that] or Tricycle, perhaps his best-known work. I was not able to afford both of them, so I had to make a decision. In the end, I chose the Red Ceiling, because it is the quintessential color photograph of the 20th century.

What did your parents teach you about collecting?

They taught me that the collection lives with you, and not the other way around. You can learn a lot about people from their collections. The first time I actually had my photography collection in one place and had friends and family coming to see it, I realized how personal it was. I had people tell me afterward, “I learned so much about you that surprised me just from looking at your collection.”

How well do your children and your collection coexist?

Surprisingly, my kids are very respectful of the objects in our house. The bigger issue is what art we can have in the house around them. My wife maintains a veto, and certain things have been deemed not age-appropriate. Those things tend to find their way to my office very quickly.

It wasn’t the most expensive or the flashiest of the cars; but after a day of high speeds, I was way ahead of the Ferrari drivers. They were bouncing around, and I was cruising along at similar speeds in greater comfort.