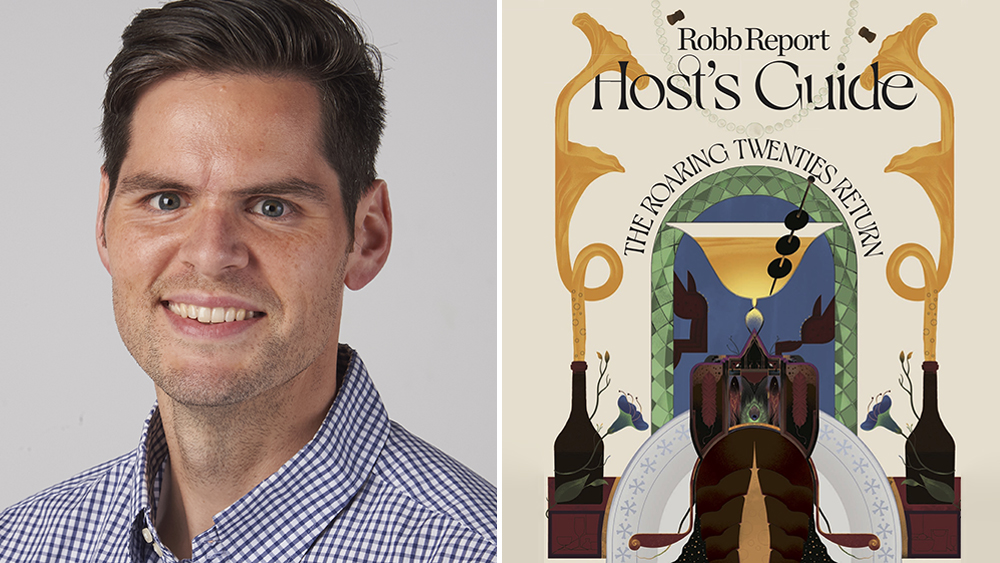 As I wandered through my neighborhood during the doldrums of 2020, a piece of street art caught my eye. On a boarded-up storefront, a sheet of plywood featured a painting of a disembodied arm reaching up as if from the grave on one side, and, on the other side, Michelangelo’s famous image of God’s hand creating Adam extended toward that arm. Beneath the images a caption read: “After the plague came the Renaissance.” It reminded me, too, that a century ago a worldwide pandemic was followed by the Jazz Age. These artifacts of history gave me hope. In the midst of last year’s socially distanced holidays, maybe such a reversal of fortune could be in our future soon.

We haven’t quite kicked Covid-19 yet, but vaccines have given us the chance to celebrate in a way we couldn’t last year. Perhaps all of our pent-up energy means there are Roaring ’20s still ahead of us. As we plan for this year’s holiday fêtes, we thought it fitting to harken back to that ebullient past. Not to slavishly recreate the 1920s (we won’t be recommending our favorite bathtub gins), but to capture the energy and put our own spin on the classics, so we could show you how to throw the party of the century.

The festivities kick off where you’d expect, in Las Vegas, led by a pair of LA-based impresarios. John Terzian and Brian Toll—they of the celebrity-laden Hollywood hot spots Delilah, the Nice Guy, Bootsy Bellows and more—opened a Sin City outpost of their hit supper club, Delilah. The duo and the Wynn tapped uber-talented chef Joshua Smith to serve indulgent continental cuisine inside a space exuding 1920s grandeur. Smith and Delilah’s sommelier, Cristie Norman, shared their expertise in creating a convivial meal to guide your own decadent dinner party.

For your cocktail fix, our resident bartender, Jason O’Bryan, indulges in the history of Prohibition era imbibing to show you what to mix. During that time, rotgut liquor wasn’t ideal for drinking straight, which made speakeasies get creative, birthing some delicious cocktails that endure to this day. Speaking of illicit booze, those wanting to avoid sub-standard hooch had our neighbors to the north to look to. Brown liquor expert Jonah Flicker tells the story of how smugglers helped put Canadian whisky on the American map a century ago—and why there’s reason to be excited about what’s coming across the border these days once again.

And at this party you throw, the wine should be flowing. For that special occasion you may want to hunt down a trophy bottle that’s eluded your grasp. Former sommelier Thatcher Baker-Briggs can help—he scours the globe to secure epic wines for serious collectors. Coupes filled with Champagne feel synonymous with the Roaring ’20s (or maybe I’m just thinking of Leonardo DiCaprio pretending he’s in the ’20s), so Caroline Hatchett spoke with some of the nation’s top sommeliers for recommendations on their favorite vintage selections. And, of course, if you’re the guest at the party, don’t arrive empty-handed. Sara Schneider helps identify the right bottle to bring your host.

So break out the tux, brush up on the Charleston and gather your friends and family for grand celebrations this season. It’ll be like Gatsby. But with a much happier ending.