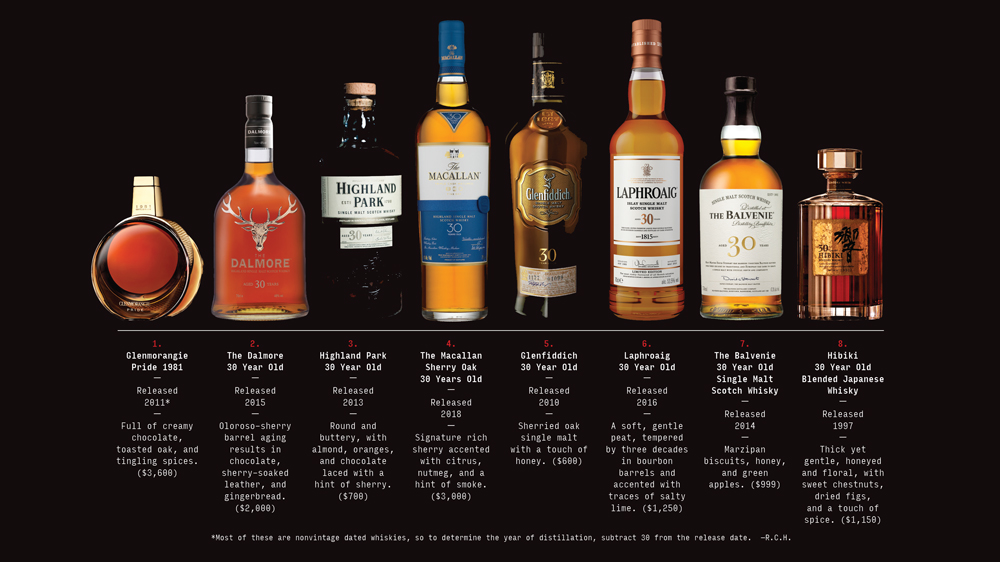 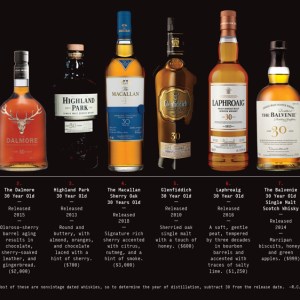 Distillation has come a long way since the first alcoholic liquid trickled into a clay pot somewhere in Asia during the eighth century. By the 15th century, distillation had begun evolving into an art form that became even more refined during the 1800s. But the making of distilled spirits has never been as innovative and imaginative than during these past 30 years.

The very first issue of Robb Report that featured a Best of the Best award was in 1989, just five years after the first single-barrel bourbon in modern times—Blanton’s—was introduced. Then, in 1992, Jim Beam (now Beam Suntory) brought out four unique limited production bourbons—Knob Creek, Basil Hayden’s, Baker’s, and Booker’s—establishing an entirely new whiskey category: Small Batch Bourbons. To be sure, single barrel and “small batch” offerings had existed before, but now they were officially acknowledged.

Then, beginning in 1994, finishing whiskies in barrels other than those in which they had been aged, in order to impart different taste characteristics, was pioneered by Bill Lumsden, who began finishing Glenmorangie in port pipes (today’s Glenmorangie Quinta Ruban), eventually moving on to barrels that had previously held wines such as Chateau D’Yquem, Chateau Margaux, and Sauterne (to name but a few of his ongoing successes). Other distilleries soon followed this now widespread practice. In addition, the barrels themselves, beyond the traditional ex-bourbon and ex-sherry casks, are now being made with non-typical woods such as Japanese and Hungarian oak in efforts to create new flavors.

In 2004, Macallan—long known for aging its single malts exclusively in sherry barrels—took an adventurous deviation by incorporating ex-bourbon barrels to launch the brand’s now highly acclaimed Fine Oak series. Some bourbons, such as Blade & Bow, have begun employing the solera system in order to perpetuate the character of some extremely old whiskies in their warehouses. But perhaps the newest and most widespread trend is the bottling of cask strength whiskies—that is, single barrel spirits that have not been diluted with water to reduce their natural proof, thus enabling mixologists and consumers to create their own “proof” by controlling the amount of water added to the spirit, or to enjoy the full measure of its natural strength.

Many of these innovations have been captured in bottle in this selection of 30 year old spirits that truly encapsulates the best of the distiller’s art over the past three decades.

As a final note, as most of these are non-vintage dated whiskies, to determine the year of distillation, simply subtract 30 from the release date of the latest bottling. Moreover, many whiskies in these vattings are more than 30 years old, but only the youngest can be legally acknowledged.

The 11 Best Margarita Glasses for Your Next Cocktail Party