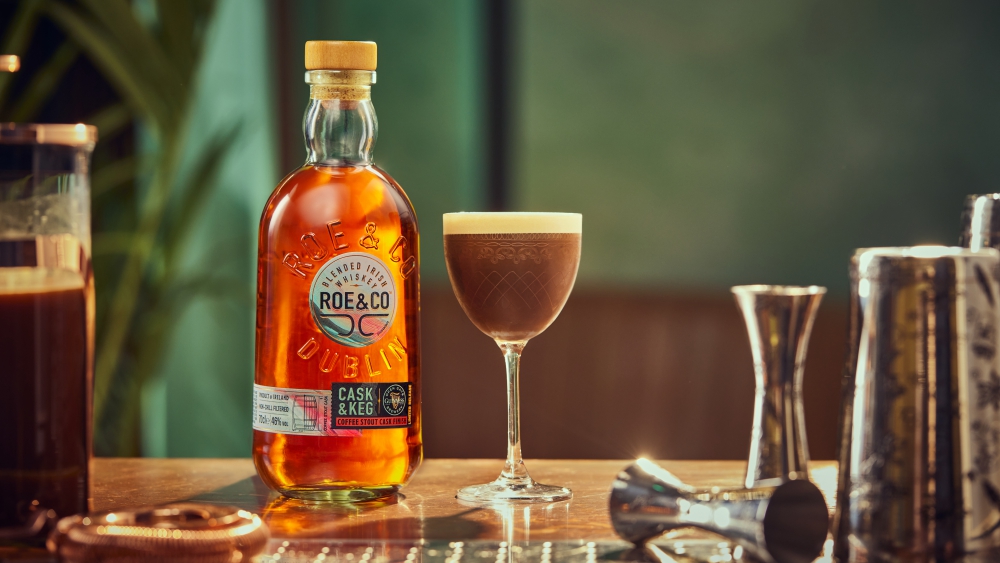 Can you make an Irish whiskey even more Irish than it already is? Here’s an idea—try aging it in Guinness stout casks, the most Irish of all beers. But to get this special release from the Roe & Coe distillery, you’ll have to travel all the way to the Emerald Isle.

The new limited-edition Roe & Coe Coffee Stout Cask Finish is available only in Ireland for now, but that could conceivably change in the future. It’s a synergistic release, given that Diageo is the drinks industry giant that owns both the whiskey and the beer. Roe & Coe opened in Dublin in 2019 just across the street from the Guinness Open Gate Brewery, the outpost of the ubiquitous stout brand where small batch, experimental beers are brewed. This new release is part of the Roe & Coe Cask & Keg series, with this particular blended whiskey spending nearly a year in casks that were previously used to age Guinness Open Gate Brewery’s Coffee Stout. If that sounds like an appealing combination of flavors to you, you’re not alone.

This isn’t the first collaboration between the distillery and brewery. “We first experimented with Cask & Keg with our Antwerpen Stout and Citra IPA—both of which produced taste experiences unique to the partnership between the Roe & Co Distillery and the Open Gate Brewery at St. James’ Gate,” said head brewer Peter Simpson in a statement. “Now we’re taking experimentation one step further and looked to deepen the blend between whiskey and stout. Focusing only on stout, this year’s Cask & Keg release is the result of the 11-month finishing of Roe & Co’s blend 106 in barrels which previously matured coffee infused stout. The result is a coffee stout finish with undertones of cream soda, subtle soft wood spice and tropical fruit.”

The whiskey is bottled at a slightly higher 46 percent ABV than the flagship blend, and is non-chill filtered just like that core expression. This isn’t the first time Irish whiskey has been matured in beer casks, but given the exploding popularity of that category and how beloved a beer Guinness remains, you should consider giving this dram a try the next time you’re in Dublin.