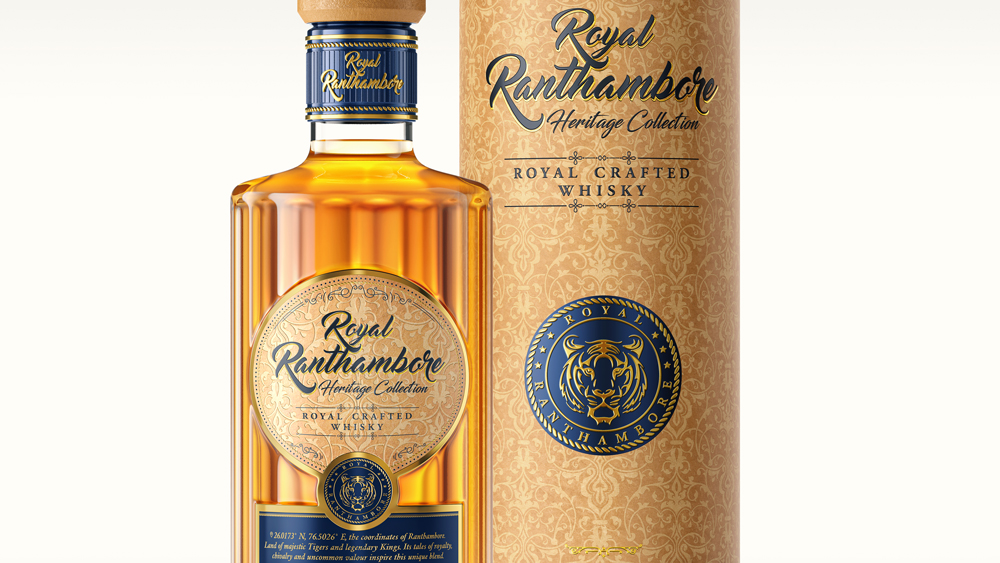 When most people think “single malt whisky,” Scotland is the first country that comes to mind, and understandably so. But India has quietly (at least for most Americans) been making its mark on the whisky industry for decades. Not only does the country consume a great deal of whisky, there are several distilleries making excellent expressions as well.

The newest bottle to come to the US is Royal Ranthambore Heritage Collection-Royal Crafted Whisky from Radico Khaitan Ltd., India’s largest distillery that has been operating for about three-quarters of a century. The whisky, which was created as a tribute to Ranthambore National Park and its wild tigers, is a blend that combines liquid from both India and Scotland. More specifically, several different 100 percent malted barley scotch whiskies are blended with “oak-infused Indian neutral grain spirit.” If you’re looking for an Indian single malt, however, parent company Radico Khaitan also produces Rampur Whisky, with a lineup that includes liquid finished in different types of casks like sherry and port.

According to a recent Guardian article, India is the most lucrative whisky market in the world, worth nearly $19 billion. But it’s not just Irish, bourbon and scotch people are buying, as Indian whisky has increased its market share there too. Some of the other big names in the category include Paul John and Amrut. If you need further proof of the potential of Indian whisky, last March global drinks conglomerate Diageo launched an Indian single malt called Godawan. And, generally speaking, Diageo knows how to follow the money.

Indian whisky is loosely modeled after scotch whisky with some differences, similar to how Japanese whisky has taken many cues from Scotland but ultimately created its own style. In general, Indian whisky doesn’t need to be aged as long as it does in countries like Scotland and Ireland, because the hot climate in many parts of India increases interaction between the barrel and the liquid, and results in a higher angel’s share (or evaporation). For example, Paul John is located in Goa, and the brand says that five years of maturation there is equivalent to a decade in Scotland.

If you still haven’t tried Indian whisky, no more excuses–because with so many different styles ranging from single malts, blends, special cask finishes, peated and unpeated, there’s surely a bottle that will appeal to your palate.