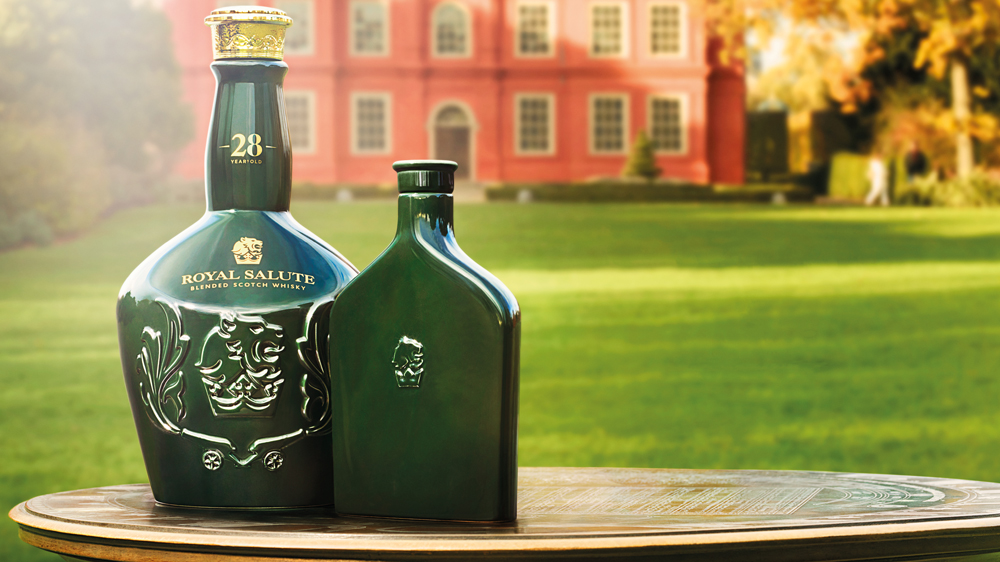 It stands to reason that Royal Salute—which was originally created in 1953 to honor the coronation of Queen Elizabeth II—should keep evolving over the years, much like the monarchy itself.

Consequently, the latest iteration of Royal Salute—the second edition of Royal’s Flask Collection—pays homage to the colorful and lush flora of the Kitchen Garden of London’s Kew Palace.

This former home of King George III is one of the many royal residences that make up part of the Royal Historic Palaces, an independent charity created to preserve and protect some of the most historic British edifices. It is also an organization that has long been supported by Royal Salute.

To create the Kew Palace Edition of Royal Salute, Royal Salute’s director of blending, Sandy Hyslop, endeavored to capture the aromatic essences of the Georgian-themed Kew Palace Kitchen Garden. To that end, Hyslop joined forces with esteemed French perfumer Barnabé Fillion, who combines natural botanicals with inspirations from his worldwide travels to create truly unique fragrances. Hyslop and Fillion worked together in Hyslop’s blending room in Scotland, nosing countless whiskies in order to capture their combined interpretations of the lush flora of the Kitchen Garden while staying true to Royal Salute’s signature style. The result is a limited-edition 28 Year Old whisky that encapsulates a sensory experience. The signature honeyed and floral flavors of Royal Salute are enhanced with Fillion’s input, which results in added dimensions of rich fruits, thickly scented flora, and aromatic leaves, with notes of ripe pear combined with a touch of violets and a wisp of smoke in the finish.

“It was a privilege to work with Sandy on this exquisite blend,” said Fillion, who has assumed the role of Royal Salute’s creative advisor and brand ambassador. “Together we created a whisky like no other—a wonderful fusion of Royal Salute tradition and the fantastic sensory experience of walking through Kew Palace’s iconic Kitchen Garden. It’s the perfect blend to enjoy in the rich surroundings of the outdoors.”

Reflecting this, and befitting being a part of the Royal Salute Flask Collection, the 28 Year Old Kew Palace Edition ($790) comes in a forest-green Royal Salute porcelain flagon and is accompanied by a matching green porcelain hip flask. It is available throughout Great Britain and in duty-free shops globally, or by ordering through the Whisky Exchange.