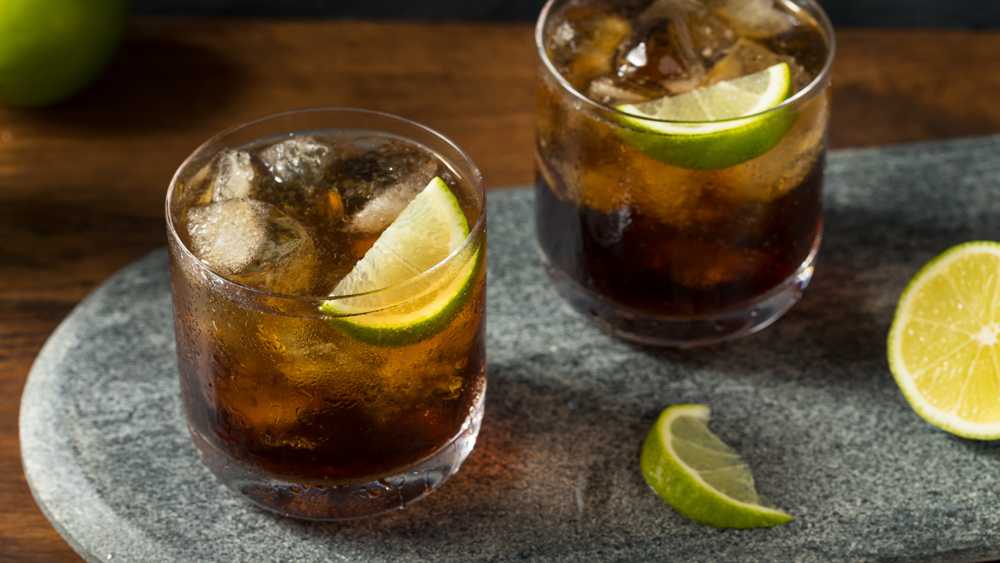 Do guilty pleasures even exist? Is there such a thing?

I’d understand how a pleasure could be “guilty” if that pleasure was, say, heroin, or if you enjoyed spending your weekends setting strangers on fire, but as long as it’s not actively harming anyone, where is the guilt? There is an almost tautological absoluteness to taste; whatever you enjoy, there’s a reason you enjoy it, and that reason should render your enjoyment un-guilty. There’s no “should” or “shouldn’t” in preference. You like what you like.

Anyway, because I manage a fancy cocktail bar, people look at me sideways whenever I talk about Rum & Cokes. I don’t care. I love Rum & Cokes. And because everyone’s always making the category error of assigning moral, intellectual, or gendered value to one mixed drink or another, I often feel called upon to defend it. Which I have no problem doing. I will die on this delicious hill.

To explain why rum and Coke are so great together, let’s talk for a second about why cocktails work. Sour cocktails in particular follow an easy template: A hugely sour ingredient (citrus juice) clashes against a hugely sweet ingredient (simple syrup), and their battle is so fierce that an 80+ proof spirit—usually defined by its volatile intensity—can just slide right by. That’s why Margaritas and Pisco Sours work, and also why things like water or iced tea or even orange juice don’t make very good mixers: the sweet-sour tension just isn’t strong enough to distract from the ethanol burn.

You know what else is extremely sweet and extremely sour? Coca-Cola Classic. You don’t think of Coke as particularly acidic because of the sugar and salt, but it’s there: the pH of Coke is 2.37. Lemon juice, for comparison, has a pH of 2.25. And seen through that lens, Rum & Coke has more in common with a Tom Collins than a Vodka & Soda. It’s got the sweetness, it’s got the acidity, it’s got the bubbles and the flavors just work.

No one knows what unnamed genius first put those two flavors together, but we’re pretty sure it happened in Cuba (this gives the Rum & Coke it’s other name, a common toast on the island during and after the Spanish American War: the “Cuba Libre”). From there, Florida, and then the South, and then the country, and then the world. During World War II, domestic whiskey and gin distilleries were ordered to stop production to help the war effort, and rum—frequently low-quality rum—filled the void. Coca-Cola proved then and now to be prodigiously talented at pairing with (and masking the flaws of) rum, and the mixture achieved a level of fame it’s never really let go of since. Nor, I insist on adding, should it.

So now we’re left with only one question: what kind of rum?

The short answer is, whatever rum you want. Rum & Cokes aren’t precious—that’s the whole point. Insisting on a specific rum is kinda like insisting on a specific cacao percentage in your chocolate chip cookies. I will say white rum doesn’t work quite as well, so grab something with a little age and color. Spiced rum, aged rum, Spanish style, English style, it all works… the vanilla of Captain Morgan & Coke will always have a nostalgic place in my heart, but if I had to pick a favorite now, mine would be the Chairman’s Reserve Spiced Rum, from the island of St. Lucia—more orange and dried fruit than baking spices, it’s a touch more complex but still inexpensive and uncomplicated and everything a Rum & Coke should be.

Offering a recipe feels silly because the name is the recipe. Add liquids together in a glass with ice. More rum, less rum, whatever you want. That’s one of its most enduring charms: A Rum & Coke is easy to make, easy to drink, and easy to like, so squeeze a lime in there, sit back in your chair, and put on, I don’t know, Real Housewives of Potomac or Justin Bieber or whatever it is you enjoy, for the sheer and simple fact that you enjoy it.