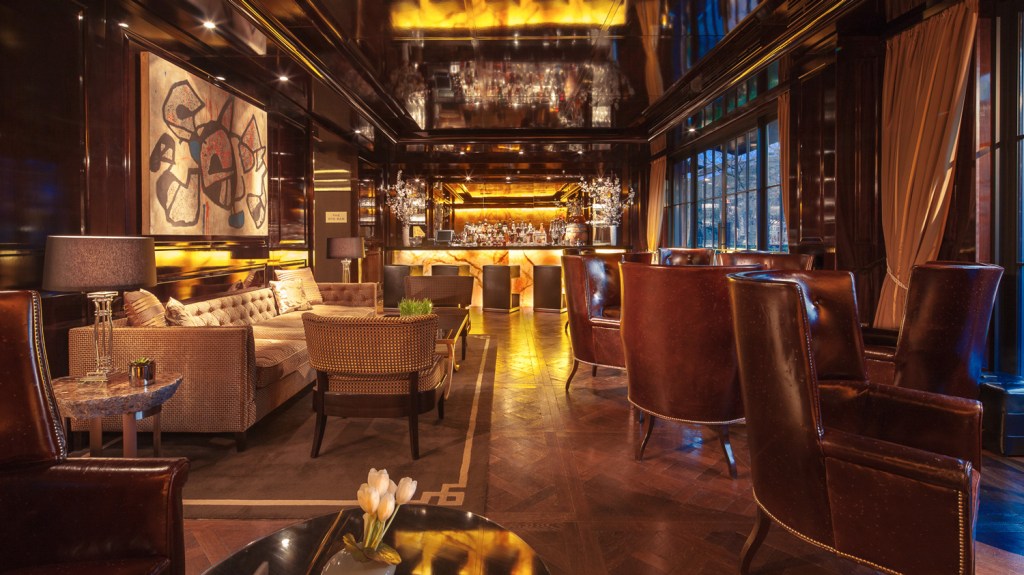 It is fitting that a most impressive array of premium rye whiskeys should be found in the historic neighborhood of Georgetown in Washington, D.C. After all, it was George Washington—at the urging of his Scottish plantation manager, James Anderson—who decided to build a rye whiskey distillery at Mount Vernon in 1797. No doubt that was the inspiration for the Rye Bar inside the Rosewood Washington, D.C.  to stock one of the rare, limited-edition bottles of George Washington Straight Rye Whiskey that was recently distilled, aged, and hand-bottled at Washington’s reconstructed distillery.

Within the handsomely appointed Rye Bar, with its floor-to-ceiling windows framing scenic views of the canal, the dramatically backlit onyx bar stocks more than 30 different brands of rye whiskeys, with many easily qualifying as collectibles. The bottles are as diverse as the many states they hail from, such as Copper Sea Greenmalt Rye from New York, Few Rye from Illinois, Whistlepig Rye from Vermont, and High West Rendezvous Rye from Utah. Many of the ryes are aged at distilleries in Kentucky and Tennessee, but other surprises include Journeyman’s Not a King Rye from Michigan and Sonoma County Rye from California.

Rye collectors looking for ultra-rare pours will also find such obscure bottlings as the chocolate-infused Ryemageddon from Tennessee and Dad’s Hat, a small-batch rye that is made in Pennsylvania. And for those who prefer their rye whiskey in something other than a barrel-aged Manhattan (a Rye Bar specialty), there is the ever-popular Winter Is Coming cocktail, a straight-up libation made with Redemption Rye (the house whiskey), single village Del Maguey Vida mezcal, Cynar artichoke liqueur, and freshly squeezed citrus juice.

While it’s known for its ryes, the bar also has a deep list of bourbons and Scotch as well as Japanese whiskies, including the Macallan 1994, which is offered for $75 per pour.