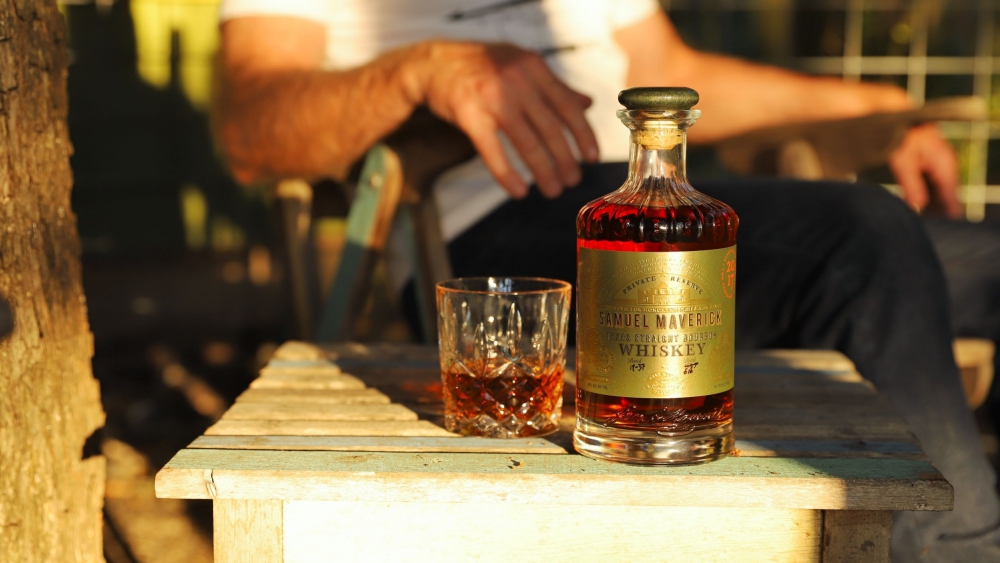 These days, Texas is making whiskey that will win over anyone who considers him or herself strictly a diehard Kentucky bourbon fan. And one of the newest whiskeys to hit the scene is this grain-to-glass bourbon from San Antonio’s Maverick Distilling, which deserves a proper “yeehaw.”

Samuel Maverick Private Reserve Straight Bourbon Whiskey is made at entirely at the distillery from a mash bill of corn, rye and barley grown in the state. It’s aged onsite as well, down in vaults of the historic Lockwood National Bank building which is adjacent to the even more famous Alamo. There were only seven barrels produced of this new bourbon, aged for four years and bottled at 90 proof. Tasting notes include flavors like honey, barbecue (it’s Texas, after all), caramel and bittersweet chocolate.

“We set out to make a statement with our new Samuel Maverick Private Reserve Bourbon that the utmost quality and craftsmanship can be achieved with grain-to-glass whiskey made in Texas,” said Dr. Kenneth Maverick, founder of Maverick Distilling, in a statement. “With our head distiller, we personally selected the very best 30-gallon barrels for Samuel Maverick Private Reserve Bourbon. Its name is a nod to our family heritage, as well as the location on which it was made—distilled on the land that was once Samuel Maverick’s original homestead in the 1800s.”

Maverick has a few other spirits available as well, including a two-year-old bourbon, barrel-proof bourbon, rye whiskey, Texas dry gin and, interestingly, two agave spirits (which cannot be called “tequila” for legal reasons). Of course, the whole mythology and pop history surrounding the Alamo might not be your cup of tea, and there are certainly legitimate reasons for that. The good news is Texas whiskey has really come into its own and there are plenty of bottles to try, with other distilleries like Garrison Brothers, Andalusia, Balcones and Firestone & Robertson making an impact on the state and beyond.

But this is a solid, if slightly young and woody, craft bourbon that whiskey fans should try—and fortunately it’s not very hard to find a bottle. Samuel Maverick Private Reserve Straight Bourbon Whiskey ($75) can be purchased directly from the distillery online and shipped to 41 states. Hopefully, you don’t live in one of those unlucky nine.