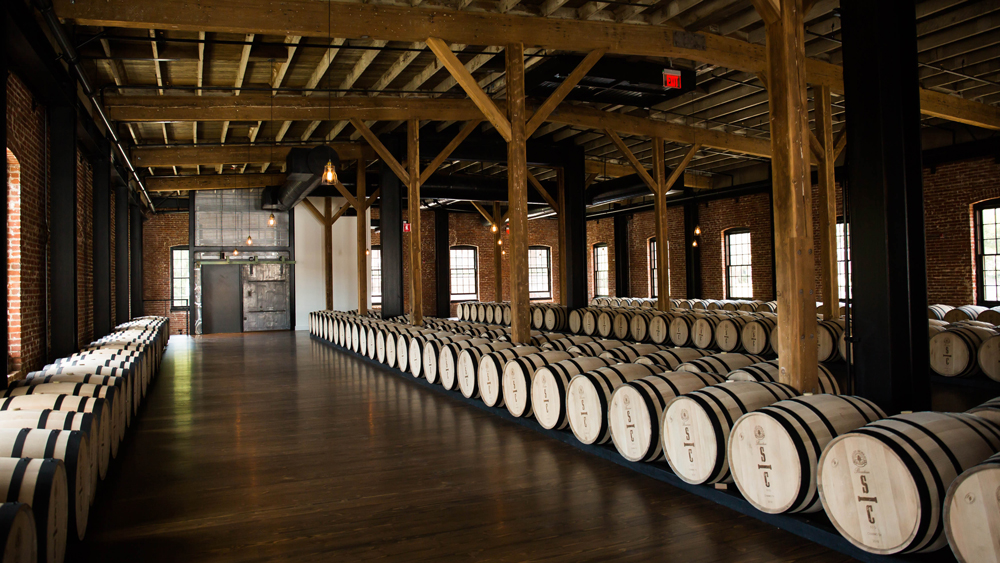 Winemaker Dave Phinney has never dreamed small. His last creation, the Prisoner Wine Company, tapped into the current hunger on the West Coast for big red blends, and the label had grown to 85,000 cases a year before Phinney sold in 2010. The Prisoner, though, was only part of his multi-brand—even multi-country—Orin Swift Cellars, which he sold as a 100,000-plus case operation to E. & J. Gallo Winery in 2016. (He’s still working with Gallo on the brand.)

The entrepreneur has not been idle since then, but it’s not wine that has his attention now; it’s spirits. And even though craft distilleries are a hot commodity these days, Phinney’s new project—Savage & Cooke Distillery—is far from a bandwagon impulse. “We had to have compelling reasons to do this,” he says, “reasons that would make our products unique.” It turns out that the resources for his new spirits start from scratch: High-mineral-content water comes from a spring he discovered on one of his properties. He’s even growing his own heirloom grains. The old variety names for the corn—“The Bloody Butcher” and “Howling Mob”—are the stuff of spirits-marketing dreams.

But it’s the scope of Phinney’s Savage & Cooke project—located on Mare Island across a narrow stretch of water from Vallejo, on the bay north of San Francisco—that pushes his dream beyond just distillery. Long a thriving naval base, with 40,000 workers descending daily during World War II, Mare Island became a ghost town of deteriorating warehouses and crumbing historic buildings when the Navy moved out in the 1990s. Phinney has managed to secure long-term leases on eight of those buildings and is restoring them, salvaged beam by beam, in the spirit of the originals, jump-starting a revitalization of the island.

The first two he’s completing are dedicated to distilling, aging, and hospitality. Against old brick walls, legions of white oak barrels are lined up, waiting for brown spirits. After a visit to the barrel rooms, tours will head across a bridge for a striking view of the oversized continuous-column still. (There’s a pot still too, for small batches, but as Phinney puts it, “Pot stills are romantic, but they don’t necessarily produce better spirits.”) Phinney admits to the drama of the spaces. “Yeah, there’s a little bit of theater here, but aesthetics are as important in your production facility as they are in your tasting room.” And he’s found fascinating detail in the buildings—an underground vault that used to house classified photos from spy planes (destined to become a private tasting room) and old brick water cisterns (perfect for a speakeasy).

Master distiller Jordan Via, a former chemical engineer, can’t wait to press the still and barrels into service. Until now, he’s been finishing spirits for the brand: an American whiskey, a bourbon, a rye, and tequila. His unique spin is to “give them a winemaker’s edge,” he says, finishing them in second-use French wine barrels from Phinney’s Napa Valley Cabernet projects. And there is a whiff of French oak on the nose of The Burning Chair Four-Year-Old Bourbon ($55), over-caramelized sugar, warm spices, and toast. The Second Glance Five-Year-Old American Whiskey ($38) gives up dark red fruit, exotic spice, and salted caramel, with a nuttiness unfolding on an endless finish.

Savage & Cooke is slated to open this summer. In due time, the other buildings will house a winery, a coffee roastery, and a co-op artisan area. But in the meantime, a ferry ride will get you from San Francisco right to the dock adjacent to the distillery space. Happy hour, to be sure.