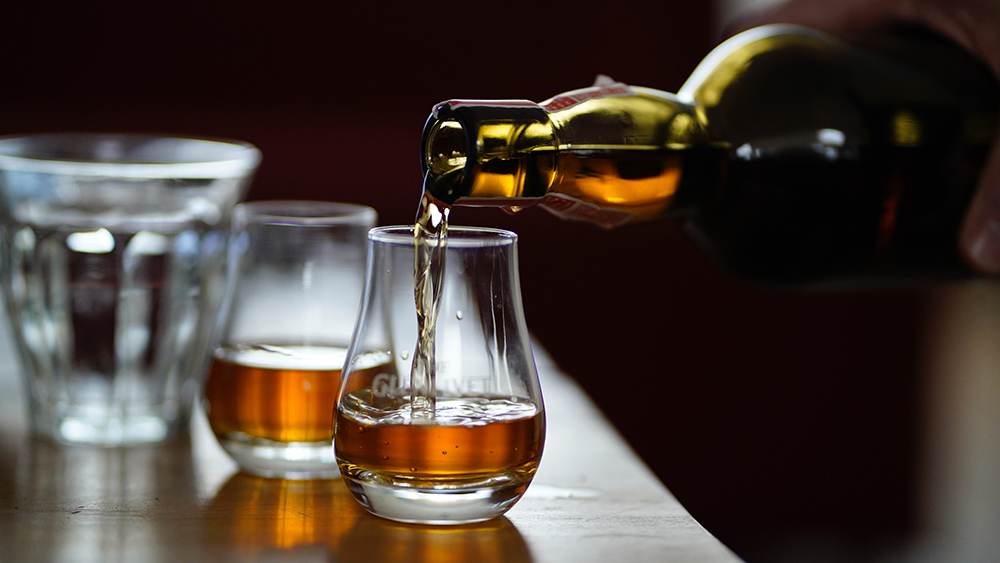 Britain has been in a bit of a slump recently, with prices rising and a veritable musical chairs of prime ministers over the last few months. But one sector in the country is doing surprisingly well: the Scotch whisky business.

Scotland is exporting a high volume of whiskey, according to a new report in the New York Times, and that amount is only expected to rise thanks to the British pound’s decline against other currencies. Over the past two years, whiskey exports from Britain have only grown, with a 10.5 percent rise during the 12 months ending in July, compared with the previous year.

“Overall if you look at the last two to three years, we’ve just been going through an incredibly buoyant time,” Rupert Patrick, the CEO of James Eadie, told the Times. “We’ve all been slightly scratching our heads saying, I wonder why it is so good at the moment.”

That question has a few potential answers. The pound’s decline has made whiskey more affordable for buyers outside Britain, including in markets like the United States and the Asia-Pacific region. In the year ending in July, a whopping 18 percent of whiskey exports went to the US, according to government data cited by the Times. The US also serves as the most valuable market for Scotch, with $1.1 billion in exports over the past year.

Another possible reason for Scotch’s success is that the spirit has become more accessible. Patrick noted that recent ad campaigns have helped whiskey appeal to younger customers, with actors such as Nick Offerman appearing in campaigns and bringing whiskey to a wider audience. It’s also become more acceptable to drink Scotch on the rocks or even mix it with water or soda. “I think we’ve thrown off a few of the old stereotypes about Scotch, which has definitely helped in some markets,” Patrick said.

Still, the whiskey industry isn’t completely immune to the economic downturn occurring in Britain. Exporters are having to pay more for imported components thanks to the pound’s decline, and producers are being hit by increased borrowing costs for loans and higher energy prices.

Some, though, are remaining optimistic about the spirit’s mass appeal. “I think Scotch will be quite resilient,” William Wemyss, the founder and CEO of Wemyss Malts, told the Times. For certain, the whiskey industry hopes that’s true.